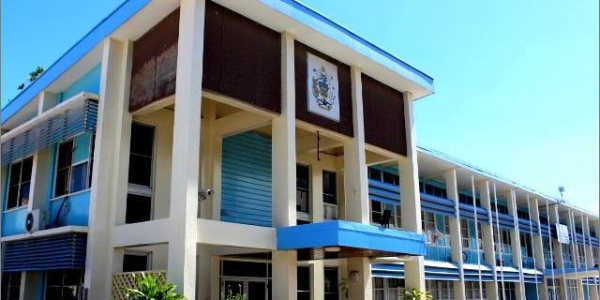 A statement from the Prime Minister said Opposition Leader Mathew Wale’s ongoing rants against the Prime Minister over the Security Cooperation with China claiming it as a personal “deal” and that the Prime Minister is exercising autocratic leadership are classic examples of a “leader” that has nothing good in place for people but mere hatred to create disunity in the country.

Sogavare said while the Government continues to enlighten people about representative democracy and how the country is governed, some leaders such as Mathew Wale and East Are’ Are MP, Peter Kenilorea Junior (PKJ) chose to employ misinformation as their strategy to discredit the Government.

“I find it really distasteful that these people have not been truthful, instead they have been feeding misinformation to our people,” Sogavare said.

“It is indeed a shameful act by the Leader of the Official Opposition to continue to mislead the people of Solomon Islands in his so-called Press Statements and interviews,” the Prime Minister added.

In recent weeks, a lot has been said on the decision by a democratically elected Government, empowered by the Constitution of Solomon Islands to enter into security arrangements with partners of choice.

Quite interestingly, only the security arrangement between the People’s Republic of China and Solomon Islands is of concern to certain persons.

Sogavare repeated that the Security Agreement is not a private arrangement. It is a bilateral treaty between two sovereign states, Solomon Islands and the People’s Republic of China (PRC).

“The Leader of Opposition knows this very well but he chose to say otherwise to our people, deliberating lying to them. He then goes on to say that this security treaty is targeting Malaita, and in saying this he is indirectly saying to the people that I continue to be anti-Malaita. This is not the first time that the Leader of Opposition has made such ludicrous accusations,” Sogavare said.

“Let me make it clear to our people that both of these agreements with Australia and China were endorsed by Cabinet and executed in accordance with our national security objectives to maintain internal peace and stability in contrary to the misinformation trumpeted by the Leader of Opposition,” Sogavare said.

“The Leader of Opposition is fully aware of the principles of representative democracy. Yet he has time and time again, continued to mislead the people as to its meaning,” he added.