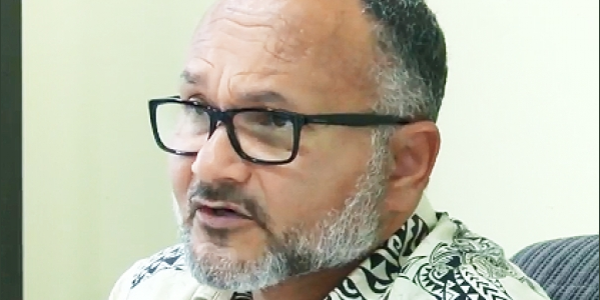 Prime Minister Manasseh Sogavare’s consistent and persistent persecution of Malaita is the final straw to the public anger that has been building up over the years from bad governance and ignorance to fix problems within the country.

This was the statement of Member of Auki/Langalanga and Opposition Leader Matthew Wale when moving the motion of no confidence this morning (6th December 2021).

Mr. Wale told parliament that Malaitans have sort to petition the PM twice but were ignored and brushed aside.

“Malaita asked to stage peaceful protests but these were denied, Malaita sort an audience with the Prime Minister but were summarily dismissed so what are they supposed to do then to get the Prime Minister’s attention.

“The Prime Minister has consistently refused to visit Auki.

“Over the last 18 months I have on a number of occasions call for the Prime Minister to embrace Malaita and enter into a sincere dialogue and be prepared to agree to disagree on some issues but no, the only dialogue this Prime Minister wants is for Malaita to bow down to him.

“He made Malaita his personal ego project.

“I content, this is the final straw in the public anger that has been building up over awhile,” Mr. Wale said.

He said it is terrible that businesses were looted and destroyed and all criminality must be condemned in the strongest terms.

However, he said what happened in Honiara last month pales in comparison to the looting happening at the top at the expense of ordinary Solomon Islanders.

“The looting at the top perpetuates the massive transfer pricing in the logging and mining industries presided over by the Prime Minister,” Mr. Wale told Parliament.

He said Malaita have stood up for what they believe to be right.

“Unfortunately, there are consequences when Malaita stands up.

“The truth is all the other provinces share Malaita’s anger towards and distrust this Prime Minister,” Mr. Wale said.

The Opposition Leader also rejected accusations by the Prime Minister blaming him and foreign forces for the violence that rocked Honiara.