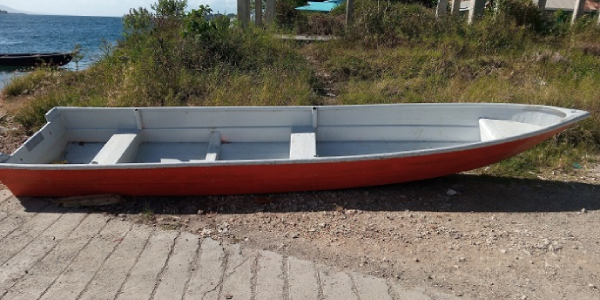 ONE of the 160 fiberglass boats owned by the Marovo Constituency and delivered recently by Member of the Parliament (MP) Chachabule Amoi and the People’s Republic of China (PRC) has been confiscated by Gizo Police last week.

This came after one of the recipients and a voter of the MP took the boat and traveled over to Gizo last week.

Initial reports reaching the paper this week said, the recipient who also signed the Memorandum of Understanding (MOU) with the Marovo Constituency Office and the Government took off with the boat which is believed to be a breach of the terms and condition under the deal.

The recipient took off with the boat following the handing over of the boats and the Gasini market last Wednesday.

Following the incident, the Ministry of the Rural and Development (MRD) has notified Gizo Police to confiscate the boat and returned it back to the constituency.

According to the Western Province (WP) Acting Police Provincial Commander (PPC) Wilken Miriki they already confiscated the boat but so far there’s no official complaints raised for the matter so it’s not a criminal offense.

“Since there is no official complaints, its no longer a criminal case and there was no arrest made for the recipient.”

He explained, at the moment they only captured the boat and will send it back to its respective community in Dughiri in Marovo.

However, according to the recipient who wants his name withheld said, his main intention is to travel to visit his family back in Gizo and traveled back to the constituency.

“I do not intend to steal or use it for other purposes but only to visit my family currently residing in Gizo.”

Meanwhile, MV Fair King will transport the boat back to the sometime this week.

According to the digned MOU document, one of the conditions is that the boats are meant to be used by communities within the constituency.

The MP recently injected 6 million into his constituency fishery project which was launched at Dokudola in Marovo Constituency.