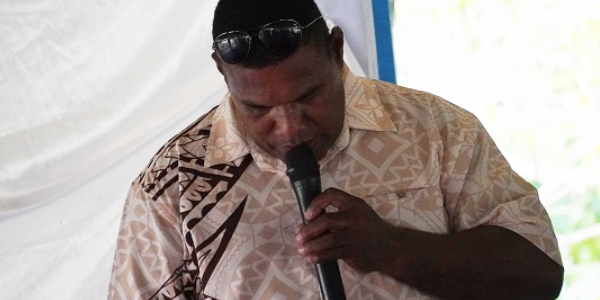 THE decision by the Ministry of Provincial Government and Institutional Strengthening (MPGIS) to extend the provincial election for both Choiseul and Western Provinces to six months is a lame excuse.

That’s according to the outgoing Member of the Provincial Assembly (MPA) for Ward 13 Vona Vona Lagoon, Western Province Redfern Alesina.

In an interview with this paper yesterday Mr Alesina said, MPGIS should not use  section 47 of the Provincial Government (PG) Act 1997 (N0: 7 of 1997) in such circumstances to dissolve the two provincial assemblies and appoint the provincial secretaries (PS) as caretaker of the administrator of the two provinces.

Instead the minister should consider the PG (Amendment) Act 2017.

In 2017, The Parliament made a further amendment to section 9 (i), b (iii), the Amendment is set out below.

“This has been the case, previously when the Wayne Maepio government should be dissolved in 2017 but because of the amendment it was extended to June 18th  2018.

“Now for the case of Western Provincial Government (WPG), this can be substitute to six (6) months in the Ministerial Gazette order to make a way forward for the Western Provincial Assembly to govern  and provide service to our people until 14th December 2022.

“The PG Act does not have any legal provision that cater for the provincial secretary as caretaker of the province,” he said.

Mr. Redfern added, if only the minister responsible is aware of his duty, the amendment should already been passed by the Parliament before June this year 2022, these are ministerial calendar event and cannot be overlooked by the Minister.

He went on to say that they need clarification as to why the national government cannot prioritize the voter’s registration and the provincial election.

“It is because the registration exercise for these two provinces cost more than $12 million and to conduct election or both provinces cost around $10 million that totals to $22 million?.

“Our beloved province requires urgent attention now, and that MPGIS must put in place some sort of Government structure and kind of Governance we want is the extension of the Assembly.

Redfern added the current budget will not cater to the next financial year as most of the budget subheads are already exhausted and now since all the borders are open, all our divisions requires a full budget provision to scale up all work plans.

He said, the government should also consider some of the provincial events like 2nd Appointed day celebration on 7th December 2002 and the continuation implementation of our ward development committee program (WDC) for this 2022/2023 financial year as this is the only component that touches our people in the rural area/committee.

“It is not my intention to raise this matter on media because I’m hungry for power however  the PG Act 1997, Section 21 (1) provides  that on the election of the new premier the terms of office of the Provincial Minister of the existing executive shall come to  the end,” the outgoing MPA added.

“What really matters me most is a period of 6 months is too long to be without any sort of Governance representative. You cannot take the Governance aspect of our province in this unprecedentedly time,” he added.

It was also highlighted as to why are the two provinces were ignored when they contributed so much to the revenue of the country.

Meanwhile, Provincial Election for Choiseul and Western Provinces is set for December 14th.
This follows the dissolution of both Provincial Assembly on June 13th last month.

On 24th June last month, the Minister of MPGIS have issued a gazette order to both provinces for the provincial secretaries to look after the administration of the province.
This means there will be no more caretaker government.  Salaries and other MPA’s entitlement have also ceased as authorized by MPGIS.