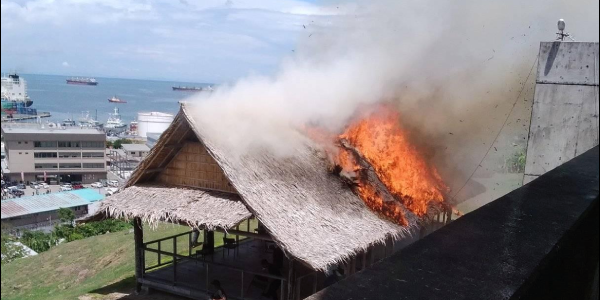 Acting Director NCID Superintendent Michael Bole says, “Police are continuing its investigation into last year’s civil unrest. Those of you who are involved and yet to be arrested will definitely face justice for your actions.”

Superintendent Bole says, “Investigation team continues to receive images and footage of those involved in the recent civil unrest last year which continue to help in identifying those offenders.”

Director Bole says, “I would like to appeal to the good citizens of this country to stay out from any mass gathering or planned protest that will spark up a possible problem in Honiara during the parliament sitting next week. Any person planning any protest will be held accountable for the master mining threat movement in Honiara.”

Acting Director Michael Bole says, “I urge the public in Honiara to refrain from any planned protest and if any group who plans to set a protest on the upcoming parliament budget meeting will deal with them sternly.”