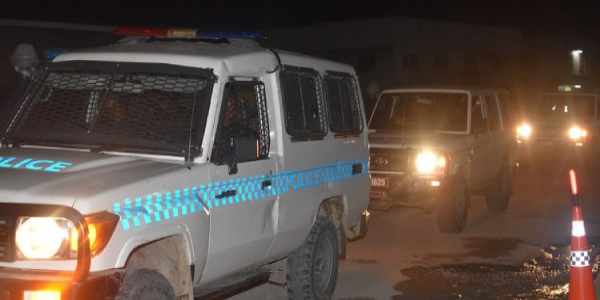 AS a disciplined force, it is unusual for police to take, let alone talk about any form of protest. They are bound by law to uphold the law.

With changing circumstances, police are now talking about taking action to address some of their longstanding issues.

Today officers representing more than 500 police men and women in Honiara alone, will meet in town to consider actions to take over the failure by the government in paying their COVID-19 allowances.

Two options will be on the table for the meeting, they said.

The first is to go on a sit-in protest; and secondly, the potential of taking full-blown strike action, which many officers have ruled out for fear of repercussions from the bosses.

A sit-in protest is what is being planned for consideration.

“We will come in full uniform but will not attend to any matters outside the police station where we work,” insiders told Solomon Star yesterday.

“We are frustrated,” they said.

The police grievances stemmed from the State of Public Emergency (SOPE), which in Honiara, covers the entire area from Alligator Creek east of Henderson all the way to Poha River in the west.

Some 500 police officers were deployed to ensure SOPE regulations are not breached.

They were promised a special allowance known as highly contagious disease risk allowance, HCDR, for short. A circular authorising the payment was allegedly signed jointly by Police Commissioner, Mostyn Mangau and the Permanent Secretary of the Ministry of Police, National Security and Correctional Services, Karen Galo in 2020.

In 2021, the circular was revised to take in police officers in parts of other provinces which have since come under SOPE regulations, insiders said.

“The most recent revision of the circular was done on 19th April 2022. Unfortunately, police officers have not received any payments. It seems we have been lied to or simply ignored,” one insider said.

“We know the government has paid members of other agencies such as Customs, Immigration and Health workers who participated in the SOPE operation. Why we have not been included in the payments so far escape us,” the insider said.

The insider said police were told their allowances would be included in their salary two weeks ago, but it all turned out to be untrue.

“We simply ask why police have been left out in the payment of the HCDR for so long. Remember, we are the people who keep the law,” the insider said.