Probe into missing $300k to continue 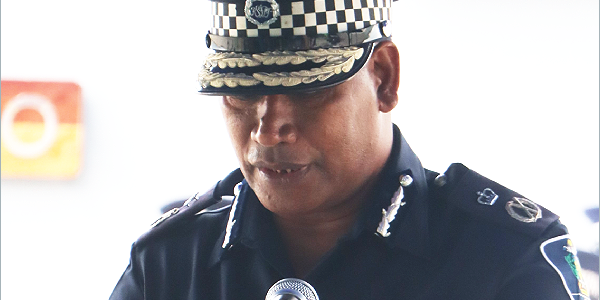 THE case file of the missing $300,000 has been returned to investigators for “a final patch-up” before charges can be laid.

POLICE Commissioner Mostyn Mangau told local journalists this week that the Director of the Public Prosecution has returned the file of the missing One Link exhibit money to investigators for a final patch-up.

Mangau said the file was handed back to the investigators before the Christmas period and there are a few things which the DPP requested that needs to be sorted out before charges can be laid.

He said investigators upon request of the DPP will finalize a few things that need to be added to the file, before they can return it back to the DPP for charges to be laid on the suspect.

However, he said investigators are still to look into the file as they have been engaged in the Christmas and New Year’s operation which was stood down on 4th January, 2022.

The missing $300,000 cash was recovered from the so-called Director of One Link Pacifica during police investigation early last year, 2021.

The money recovered is supposed to be kept as an exhibit into the One Link case which is currently still before the court.

However, that money went missing while under the care of trusted officers of the RSIPF.

Mangau said the period of investigation into the missing money will depend on the investigators.