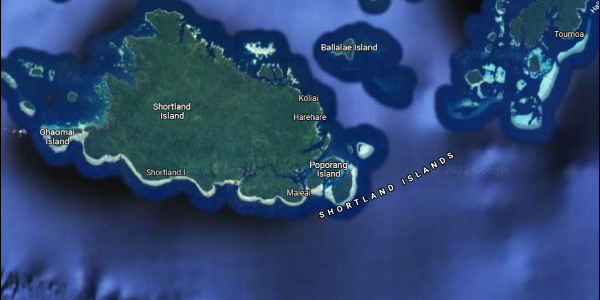 THE Western Province Disaster Oversight Committee (PDOC) has announced that Shortland Islands will go into lockdown this week.

The decision was made after five new cases were detected in Fauru Islands, Toumoa.

Mr Wickham said the new cases which were detected over the weekend have alarmed the health authorities to put the focus on Shortland Islands.

“So all the focus will be in the Shortland Islands to allow medical workers to conduct contact tracing in the affected village,” he said.

“It is believed that there will be more positive cases after contact tracing and testing is done by the medical team.”

Mr Wickham added the lockdown period could be extended if the provincial health team requested it.

“…we will wait for the advice from the health authorities on the ground,” he said.

The chairman said the health team is also still to confirm where the source of the virus started.

“We strongly think that the source of the virus must be from within the islands, the movement of people from island to island.

“It is believed that it is the movement from people between Choiseul Province, Shortlands and Gizo,” the chairman said.

Therefore, he appealed to people in Shortland Islands to limit their movement between villages and communities.

“All persons in the communities must also comply with the COVID-19 health safety measures and protocols to avoid the transmission of the virus,” he said.

The lockdown is also extended to Samanago Village.

The chairman said proposed lockdowns for Munda, Noro and Gizo have been postponed due to shortage of manpower and the reduced number of medical frontliners to cover these areas.

Meanwhile Western Province COVID-19 positive cases recorded so far is around  232 cases, recovered cases is 53, active cases 179 and one death.