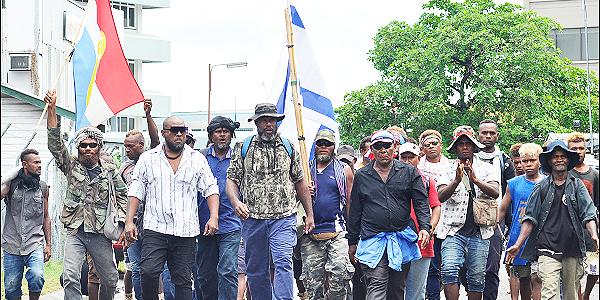 THE case of a man who allegedly led a group of protestors to the Parliament House and to set fire to the Naha Police Station during last November’s unrest will return to court September 14.

This is for pre-trial conference.

Sade Kwate’e had already pleaded not guilty to one count of Sedition, two counts of unlawful assembly and one count of arson at a previous court date.

The charges relate to incidents on 24th and 25th of November 2021 in Honiara.

The prosecution alleged that on 24 November, Kwate’e led a group of people to protest at the Parliament House to demand the Prime Minister to step down.

Then on the next day, Kwate’e allegedly assembled a group of people and procured them to set fire to the Naha Police Station at Naha.

This was at the height of the three days of violence in Honiara, which left the city’s Chinatown in ruins and business houses and shops in Honiara looted and set on fire.

The Bank of South Pacific (BSP) branch at Ranadi, Kukum Traffic Centre and part of Honiara High School were also burnt to the ground.

The Naha Police Station was ransacked and also set on fire, but the fire was put out by the Naha community.