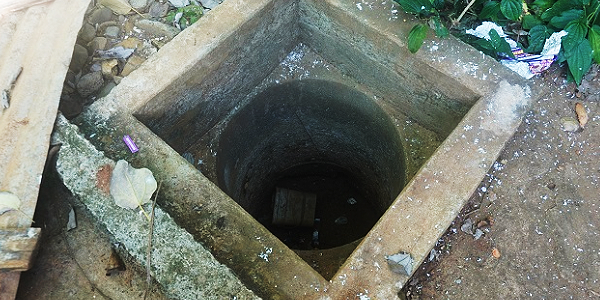 THE formal announcement of a funding contribution by the Australian Government of $56million to build a new water supply project for the Western Provincial capital of Gizo has been welcomed by Gizo residents.

A frequent visitor to Gizo, Jones Gago told the paper that water shortage has been a problem for the township for many years during which they depended on tanks for rain water.

“If there’s no rain, all residents suffer,” he said.

The announcement by the Solomon Islands Infrastructure Programme’s (SIIP) Steering Committee means Gizo residents have something to look forward to.

Under this funding approval, Solomon Water is being tasked to establish a new water-supply system that will run throughout the township. The water is expected to be sourced from a water source outside the township.

The initiative is a joint project arrangement between SIIP and Solomon Water and is being led by the Solomon Islands Government.

The funding contribution of SBD$56- million was announced by the Solomon Islands Infrastructure Programme’s Steering Committee at their fourth meeting on 1st September, a statement from SIIP revealed.

“SIIP is happy to be able to support the delivery of a reliable and sustainable supply of potable water for the township which will help unlock tourism and other economic opportunities,” the Committee said.

Under this proposal, the new Gizo Water Supply Project will deliver a safe, clean, reliable, and sustainable supply of water for Gizo town.

Designed by European firm, Suez, with support from the Asian Development Bank (ADB) and World Bank (WB) for Solomon Water, the project includes a new borehole system at Mile 6, with a pumping station and pipeline into the town, new water storage facilities and a distribution network in the township.

SIIP Steering Committee Co-Chair and Secretary to the Prime Minister, Dr Jimmie Rodgers, said, ‘a secure water supply system in the country’s third largest urban centre will not only sustain a town desperately short of reliable water but will also help unlock tourism and other economic opportunities.’

“Water has long been a challenge in Gizo and this project is a high priority for the Solomon Islands Government. Australia is pleased to be assisting to improve health and economic outcomes for the people of Gizo,’ Australian High Commissioner Dr Lachlan Strahan, co-chair of the SIIP Steering Committee, said.

SIIP is funded by the Australian government and delivered in partnership with the Solomon Islands Government.

A long-time resident, Mark Palen, said the project is long overdue and its good that its being recognised now.

He said many businesses and families have been denied better access to water supply to their homes.

“Because of the struggle to access water during the dry spell, it had also affected many families and caused health issues,” Mr Palen said.

As a provincial water supply specialists in the province, Mr Palen looks forward to supporting the project.