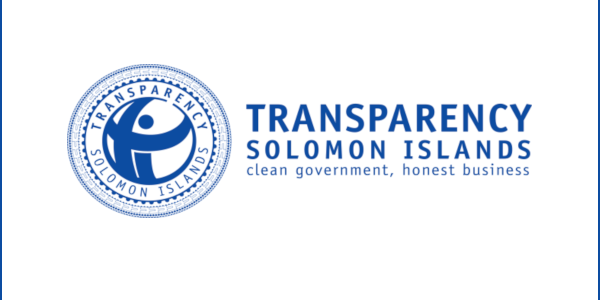 TRANSPARENCY Solomon Islands (TSI) wishes to thank the Ministry of Fisheries and Marine Resources (MFMR) for finally came out public to shed some light on the number of complaints by citizens, who claimed were denied equal opportunity in the trading of bechedemer.

However, TSI must say that the content of the article by MFMR will not help this country to solve the many injustices felt by locals who strive to maximise the benefits from their marine resources.

The article by TSI published in Solomon Star on Thursday 30th September 2021 was generally served as a reminder to our responsible authorities, particularly MFMR to ensure past grievances of locals engaging in the trade of bechedemer is not repeated in this current harvesting season.

The article was no way intended to prompt any form of defense to appear perfect in the public eyes, as what is obviously seen in the respond by fisheries.

Unfortunately, it was so pathetic that fisheries take the article with very immature perception of the efforts to at least save the nation from high prevalence of corruption, by attacking TSI.

Firstly, MFMR should accept that the article was based on complaints raised by citizens who felt discriminated by the ministry responsible to ensure there is equal opportunity for locals engaging in bechedemer trading.

Whether the complainant was true in his oral account or not, Ministry of Fisheries should be more concern on providing equal opportunity for everyone wishing to harvest, buy, trade or export bechedemer.

The message intended by TSI to convey in the article for the responsible ministry and other relevant authorities was a plea for fairness, justice and equal opportunity for every local who wish to engage in the bechedemer business during this harvesting season.

The case of Dr. Aipia was used as an example of what we do not want it to be repeated in this opening season and the future.

The notion of discrimination in the scramble for sea cucumber emerged in the past cases that went as far as the magistrate court in year 2017 and the High Court in 2018, and now Director of fisheries confirmed in his article that they have challenge the recent High Court victory by Dr. Aipia in the Court of Appeal.

That is a matter for the courts now.

Having said the above, Ministry of Fisheries must learn from the past cases and do improve to ensure the management, trading and commercialization of sea cucumber maximise the benefits to resource owners, government and citizens.