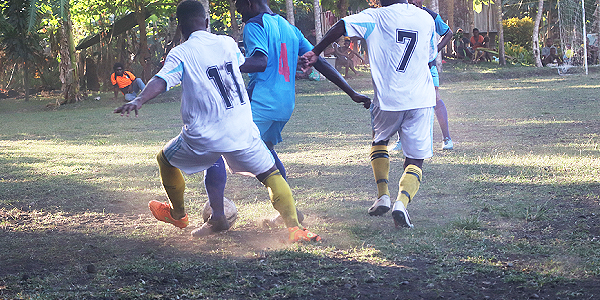 Royals Football Club (FC) is off to a positive start in the Auki Langa Langa Football Association (ALFA) League after defeating K-Hill Football Club (FC) 4-0 in the opener of the ALFA League at the Aligegeo Football Stadium in Auki, Malaita Province.

Royals FC scored two goals in the first half to lead with a comfortable 2-0 at the half time break.

Royals FC capitalized on defensive errors by the K-Hill defense when it converted two of its first half corner kicks into goals.

K-Hill FC created decent chances which if converted could pull a goal or two back, but unfortunately for the men in red they failed to convert their chances.

Royals FC maintained its strength in the second half by scoring another two goals to lead by 4-0 at full time.