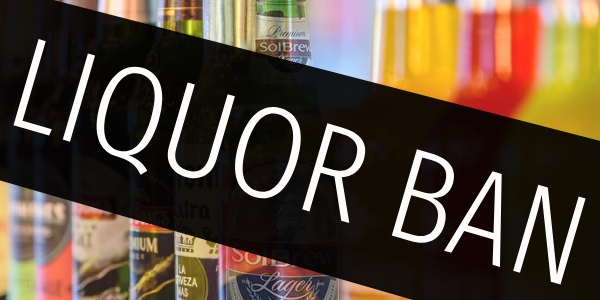 The Royal Solomon Islands Police Force (RSIPF) wishes to advise the general public in Honiara City and Guadalcanal Province, that the Minister of Home Affairs, Hon. Christopher Laore has signed a liquor ban order to be enforced from 6 – 7 December 2021.

The Liquor Ban Order directs that all liquor licensed premises including bars, nightclubs and bottle shops in Honiara and Guadalcanal Province must not sell liquor and must be closed on the following dates:
(i) 6 December 2021;
(ii) 7 December 2021;

RSIPF appeals to all members of the public in the affected areas to comply with the Order, as police will be enforcing it. The liquor ban excludes those who are operating a hotel; they may sell liquor to bona fide guests  accommodated at the Hotel.

This Order is made to control the consumption and sale of liquor in Honiara City and Guadalcanal Province in the lead up to, during and after the Motion of No Confidence tomorrow (6 December 2021).