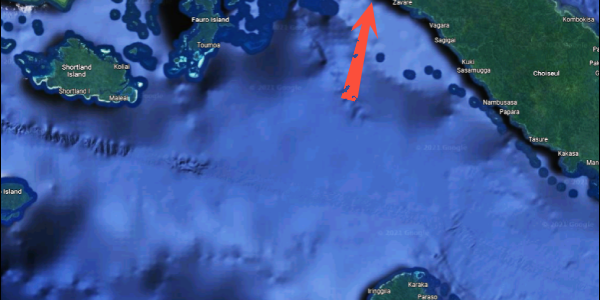 A BOAT carrying 14 people is still missing since New Year’s day between the seas of Vella La Vella, Shortlands and Choiseul Province.

Onboard the boat that is still missing are six children and eight adults.

Their destination was Harapa in Shortlands.

However, both failed to reach their destination. Only one boat was found.

Reports said both ray boats departed Gizo together at around 9am on Saturday morning.

However, on the way the double 40 hp OBM developed mechanical problem in the middle of the sea.

And with the strong wind and high swells brought about by the current bad weather, the other boat was forced to head first.

The double 40hp OBM loaded with the 15 adult passengers was left behind to drift.

Upon their arrival they called called for help.

One of the passengers from the surviving boat in a phone interview with the paper from Taro on Monday confirmed the two ray boats departed Gizo at 9am on Saturday morning.

They stopped for a brief rest at an island near Leona village on Vella La Vella Island.

They then continued their journey together.

He said it was on the way that they met high swells and strong winds.

The passenger said when the double 40hp OBM developed a mechanical problem the other boat was asked to travel ahead.

“We ended up drifting and managed to reach Mole Island early Sunday morning,’’ he added.

The 29 people are close family members who traveled to Shortland to cement their grandfather’s grave in Harapa.

Meanwhile, Police Search and Rescue Team in Taro have launched a search but are yet to locate the missing boat.

Most of the children a below the age of three years and above.

Gizo Police Response Team using a stubby boat was also deployed from Gizo yesterday morning to assist in the search.

They also advised against small boats traveling during these bad weather condition.