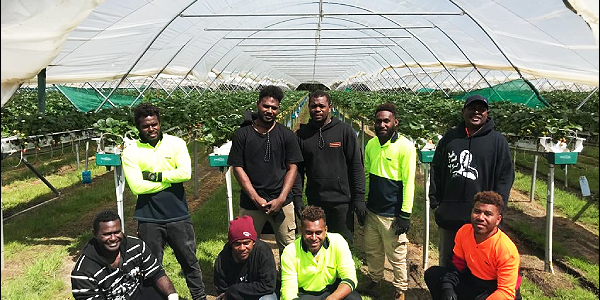 As a result a good number of them have contracted COVID-19.

According to a team leader who informed this paper on Monday via Facebook said that those in Gatton are highly likely to contract Covid-19.

This is because during the Christmas and New Years, many of the locals went out for the celebrations without complying with the strict measures they have been told.

“I saw everyone enjoying themselves by going to celebrations. They don’t even think of their own health. I am so sad to hear from Stanthorpe this morning (yesterday) confirm that the positive ones are from my team,” the team leader who declined to be named said.

She said two of their workers traveled to New South Wales (NSW) and upon their return prior to Christmas were tested positive and then just after the New Year they have another seven new positive cases.

She further added, that many in their team were having similar symptoms as those positive ones and are expected to receive their result by today.

She said those positive with Covid-19 in their team were now being relieved from their work.

Also, due to the Covid-19 cases in Stanthorpe, PowerPac is canceling the fortnight Toolbox meeting until further notice as they did not want to risk people by having group meetings, she said.