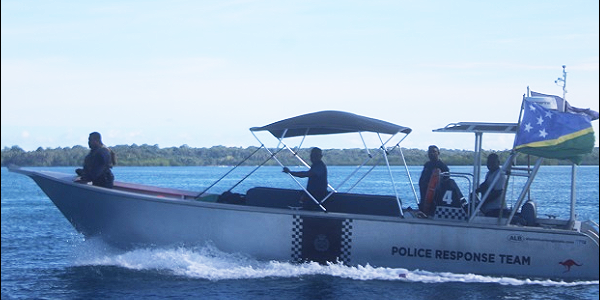 THE search for the missing 13 people at the sea between Vella La Vella, Choiseul, and Shortlands has been called off by authorities yesterday.

Solomon Star Gizo was informed that the missing people were feared dead, as further hopes to locate any survivor of the New Year’s sea tragedy is no more.

Both Choiseul and Western Premiers have sent their condolence message on behalf of their Governments to the families of the fourteen victims of the sea ordeal.

The two Premiers expressed remorse over the New Year’s trip to Harapa in northern Shortland.

A 75-horse powered boat carrying an elderly man plus women and primary school children were victims of the tragic incident.

One of the survivors, who travelled on another boat, told Journalists in Gizo that there was indeed a sudden change to the weather pattern that was beyond imagination.

“The change in the weather is beyond belief and that was when everything changed,” he recalled.

Meanwhile, the Western and Choiseul Premiers urged every sea farers to always be wary of weather conditions because in this day and age, tendency for a change in weather pattern alter too fast.

The leaders thanked a joint operation that was mounted soon after the first report by police from Western and Choiseul Provinces.

Besides both leaders, people in the two Provinces also sent messages to the families and relatives of the fourteen victims.

The news of the fourteen dead people sent shock wave across the two provinces, it was reported.

Survivors of the ordeal got to Moli Island before being transported to Taro Station to get help from the Taro Police.

All of the survivors were mostly adult men and women.

They returned to Gizo on Tuesday whiles the remains of a decomposed body confirmed wife of one of the survivors was dashed to Gizo on Thursday and was later transported to her village in South Vella for burial.

Two women, one from South Vella and another from Choiseul married to the victim’s family also perished in the ordeal.