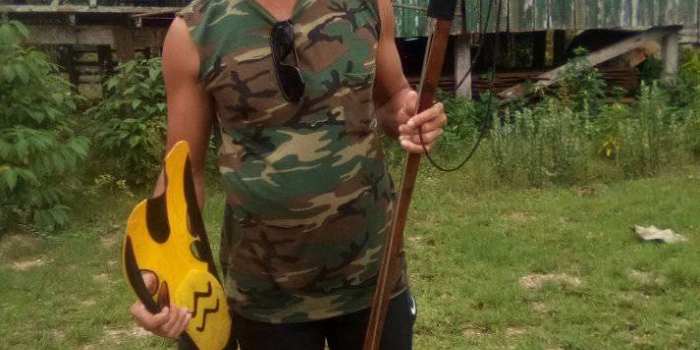 The boy reportedly went on a diving trip and failed to return.

Liobo Micah Masakolo, a spokesman for the local communities involved in the search said the boy has a parentage of Gilbert and Lokuru village (South Rendova).

He said the boy in his 20s went diving on Friday at the Rendova Harbour Passage and failed to return.

He said the boy lived with his in-law at Egholo village (North Rendova).

He said on Thursday the boy went diving and shot a Barracuda; he pulled it but was over powered by it so he tied his diving gun to a coral stone under the sea.

He shot the Barracuda fish in a deep sea so he returned to the surface of the sea to take a breathe.

To identify the spot where his diving gun is located he tied a 1.5 mineral water bottle to a rope attached to the gun.

He left the mineral water bottle and was planning to return on Friday to claim his diving gun.

He returned to Egholo on Thursday evening.

On Friday he returned to the spot.  Since then he failed to return.

His guardians and some people of Egholo after learning about his non-return searched for him on Friday night around Rendova Harbour, a neighbouring village of Egholo.

They searched throughout the whole night without any success.

Masakolo said on Saturday nearly all the people at Egholo, Agagana, parent and relatives of the boy from Lokuru and Munda Police continued with the search without any sign.

Yesterday two divers from Munda were dispatched to dive at the spot where the boy was believed to have dived but only recovered his flippers and a diving gun.

Masakolo said his body might be at the bottom of the sea floor but the two divers couldn’t reach the sea floor because they ran out of oxygen gas from their oxygen bottle.

Now the search team is combing everywhere possible incase the body might re-surfaced.