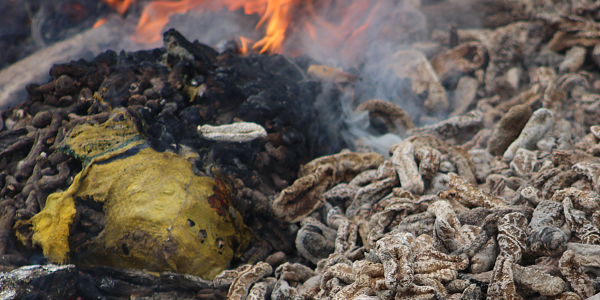 THE secret is out.

Harvesting beche de mer in Solomon Islands is free all year round. This is based on a decision handed down by the Court of Appeal almost four years ago.

The ruling on 12th October 2018 means that there is no “on-and-off” season for harvesting the multi-million-dollar beche de mer delicacy and no one should be subject to the law as there is none. On the Court of Appeal bench were Goldsbrough P, Justice Ward JA and Justice Lunabek JA

Now the secret which fisheries officers and police have knowingly hidden for almost four years is finally out.  The government could face multi-million-dollar suit for wrongful arrest and charges.

In all the three years and nine months, the Government has been acting as if it still has the power to arrest, charge and prosecute anyone caught harvesting beche de mer outside the declared on-season.

That power has been removed after Section 13A [of the Fisheries Act] has been repealed. The Ministry of Fisheries and Marine Resources have failed to replace section 13A.

According to Court record, Police Commissioner Mostyn Mangau was a party to the case known as CA 13 of 2018.

Actions by fisheries officers and police since then appear to be nothing short of knowingly misleading the Attorney General’s Chamber in appealing court ruling relating to on and off season for beche de mer harvesting.

Local medical doctor, Reginald Aipia, is a case in point.

At one point a patrol boat was sent to Ontong Java to arrest Dr. Aipia who, at the time, was engaged in an experiment to farm beche de mer on Ontong Java. He was accused of beche de mer harvesting in the off season – charges he furiously denied.

Dr. Aipia was subsequently arrested, charged and brought to Honiara where he was jailed for harvesting beche de mer during the off-season.

He appealed and won.

Dr. Aipia was awarded about SBD50 million for wrongful arrest, charges. detention and loss of business.

Now the Attorney General’s Chamber is appealing the case, claiming the award was excessive. But the move is seen as a delaying tactic.

The Court of Appeal decided the matter of beche de mer harvesting in the form of six questions, namely:

(d) Whether the Fisheries (Amendment) Regulations 2009 (including Regulation 13A therein) constituted a separate and independent regulation? (As the Claimants contend and the Crown denies);

(f) Whether the Fisheries (Amendment) Regulations 2009 (including Regulation 13A) remain in force? (As the Crown contends and the Claimants deny)

According to Court record, on 27 April, after the Rule 12.11 hearing, the learned judge answered the questions as follows:

❖ Question 1 is answered in the negative.

❖ Question 2. Not necessary to answer.

❖ Question 4 is answered in the affirmative.

❖ Question 5 is answered in the negative.

❖ Question 6 is consequently answered in the affirmative.

“The critical issue in the interpretation of the effect of this provision is whether the repeal of the 1972 Regulations by the 1998 Fisheries Act also effected repeal of regulation 13A.

“Regulation 13A is clear in its intent and this court need not strain to find the regulations goes to purpose. The regulation is expressed to have been made reliant on the powers set out in section 59 and does not fail as a “standalone provision”, the implied intent of the claimants’ argument. For whilst particular parts of the Fisheries Regulations continue in effect, [with the earlier amending regulation 2006 since it extended the ambit of those regulations] such Regulation 13A is validly made under the Fisheries Act 1998 and independent of the earlier repealed Fisheries Act 1972, the court record shows

“We do not accept the judge’s reasoning is correct. The Fisheries Act 1972 was clearly repealed by section 61(1) of the 1998 Act but its effect continued in the terms provided in Subsection (2).

“We are satisfied that his reasoning was defective and inconsistent with his reasoning in respect of the preceding question and it must be answered in the negative.

“The court has found section 13A to be a valid regulation made pursuant to the Fisheries Act 1998 and shall continue in force unless new regulations are made under the 2015 Act and can be shown to repeal the regulations under the 1998 Act.

“We direct that the questions are answered in the following manner:

Question 1 in the negative

Question 3 in the affirmative

Question 4 in the negative

Question 5 in the affirmative

Question 6 in the negative; and the appeal is allowed to that extent.
Costs in the cause