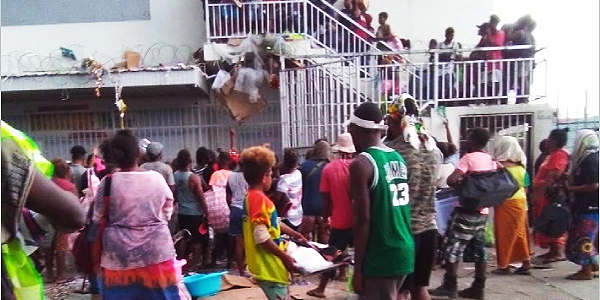 THE Tandai House of Chiefs has suggested that national and provincial leaders should consider having a dialogue to move capital city Honiara out of Guadalcanal to another province.

Secretary General (SG) of the Tandai House of Chiefs, Chief Daniel Danua made the suggestion because his people are sick and tired of witnessing rioting and looting of the city because of their dissatisfaction with the country’s top political leaders.

“Last week’s unrest is the third to have happened since the capital was moved from Tulagi to Honiara.

“Therefore, we the Tandai House of Chiefs, as the host of Honiara town are so curious about this situation as we look back since the capital was moved from Tulagi to Honiara burning and looting continue to happen.

“We therefore urge leaders of parliament and provincial leaders to consider when having a dialogue in the future to remove the capital city to another province because of such bad experience,” he said.

The Tandai House of Chiefs also strongly condemned the anti-government protest last week that resulted in damaging of properties and businesses.

“My fear is that in the future it will be normal for citizens in the country to protest by rioting and looting if they want to remove any prime minister in the country,” he said.