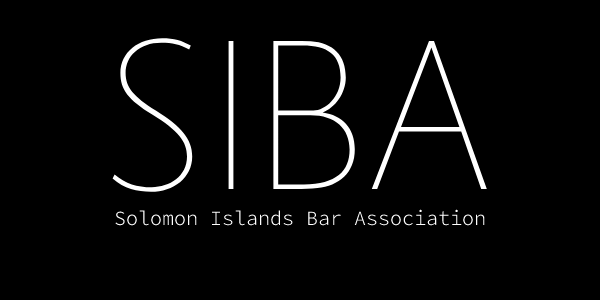 THE Solomon Islands Bar Association (SIBA) has joined other organisations in condemning the rioting, looting and destruction of properties in Honiara, describing the activities as “unlawful”.

SIBA “wholeheartedly condemns” the activities which gripped Honiara between 24 and 27 November and led to the destruction of propert(ies), closure of businesses and loss of employment, it said in a statement.

“This country, in particular Honiara, has been torn apart yet again as a result of the actions of rioters, looters and arsonists. Such behaviour has no place here in what we are continuously being regarded as a Christian country,” the statement said.

“The Constitution which is the supreme law of Solomon Islands provides for the vacating of the Prime Minister’s seat relevantly in this instant, by way of resignation, or otherwise by a successful motion of no confidence.

“Threats of violence, rioting, looting and any other unlawful actions to overthrow any ruling government are deemed unconstitutional and should not be tolerated in our society, regardless of any grievances which any individual or groups may have,” the statement said.

It said notwithstanding the outcome of the motion of no confidence on Monday, SIBA also calls for dialogue and peaceful resolution of any disagreements or pressing issues, whether national or otherwise, immediately in a respectful, Christian and lawful fashion going forward.

“That has impacted the delivery of many services to the people. However, such situation must not be allowed to interfere with the operation of the Courts of Solomon Islands.

“Our Courts are an essential service, and thankfully has been recognised as such since the recent simulated lockdown in August.  Whether they be ordinary citizens, people of business, victims or accused, all people have a fundamental right to access the Courts at the earliest time to ask for and receive justice according to law.  There are few times in our Nation’s history when maintenance of and respect for justice and the rule of law have been more vital.

“SIBA appreciates the fact that the Chief Justice has ensured that the doors to our Courts remain open despite the public service directive.

“However, the Courts cannot function without lawyers, many of whom are public servants, and were unable to attend to their matters pursuant to the directive, and is adding to delays in disposing of cases.

“SIBA acknowledges that the directive was effectively only for two days. In the future, SIBA expects SIG, the Chief Justice of High Court, all Solomon Islands lawyers and our good people to ensure that all our Courts remain open, protected and freely accessible to anyone regardless of race, colour, creed or political views.”

The statement said SIBA understood the safety of all Court officials and staff and practitioners is paramount in these situations, and will appreciate the situation where it is unsafe and impracticable for the Courts and lawyers to continue to dispense justice.

“A lawless society achieves nothing positive.  Justice must not only be done; it must be seen to be done and must prevail.”