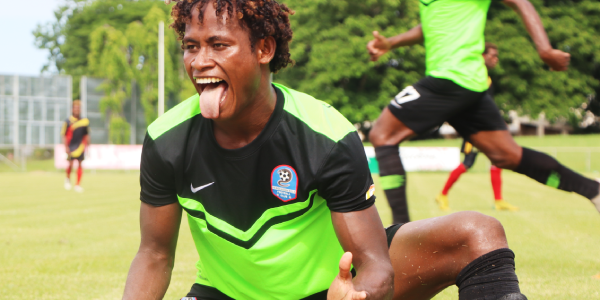 This was after two players Raphael Leai and Ali Mekawir made their decisions to join the national senior men’s team and preparing for trials with clubs abroad respectively.

Young Leai has made a tough decision to remain with the national men’s senior football team and not with the country’s national U19 team for the OFC U19 World Cup Qualifiers in Tahiti.

SIFF president, William Lai in a recent Press Conference said SIFF respects his decision even though many including the president himself want Raphael to play with the U19 squad.

“Representing the country in the U19 is a life time opportunity for any player, however whatever decision a player makes is his individual choice.

“Personally I would like Rafa to play with the U19 and go to the World Cup next year but he has made his decision to remain with the senior squad, which SIFF is also happy with.

“The other way to see this is that it gives other young players the opportunity to shine as well,” Lai said.

National senior men’s head Coach; Felipe Vega Arango also reiterated the respect he has for Rafa’s decision to choose between the two national teams and Mekawir to miss the senior men’s campaign in Vanuatu and concentrate on his trials in Dubai.

“For me I would also like for Rafa to be with the U19 squad but it’s his decision and I respect that.

“I’m happy he is with the senior team.

“For Ali, he didn’t refuse to play; he has a trial in Dubai.

“I’ve talked to him and I support his decision, this is a life changing opportunity.

“The tournament in Vanuatu with all due respect is not a World Cup qualifying tournament so I told Ali not to worry too much the tournament, his career is more important,” Felipe said.

The national U19 team is in Tahiti ahead of the OFC U19 Qualifiers while the men’s senior team will travel next week to Vanuatu for the MSG Prime Ministers Cup.