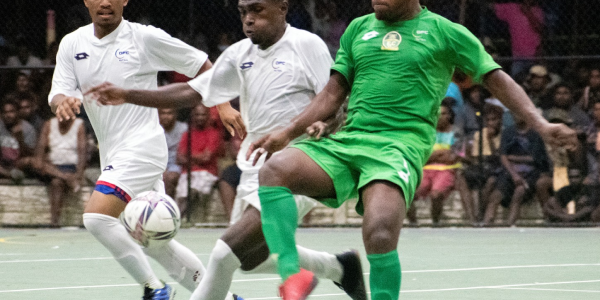 The SIFF Super Futsal league returns this weekend at the multipurpose outdoor court.

More interesting matches are on scheduled for this weekend as the competition enters its fourth week.

Today’s matches will see Marist FC take on the Saints at 3pm for the first match, Island Brothers and Dawn FC at 4:30pm, Salt FC and Mataks FC at 6pm and the final match between FC N2 and Namo FC at 7:30pm.

Sunday’s matches will see Koloale FC go up against G-Camp at 5pm and Haura FC to meet Joma FC at 6:30pm to wrap up the matches for this weekend.

Meanwhile Naha FC sits comfortably on the top spot with 9 points while Mataks FC on the second spot with 7 points.