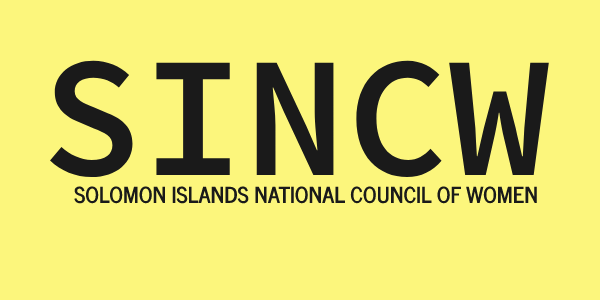 In a statement yesterday, the SINCW said the security agreement is a public document and should be reviewed by the public.

“It will allow us to verify that what was said in parliament is indeed true, correct, honest and can be trusted.

“Not only that, but give us the opportunity to ask the questions that must be asked of our female Members of Parliament and the Democratic Coalition Government for Advancement (DCGA) government,” the statement said.

The SINCW statement was in response to Members of Parliament who commented on the SINCW talkback show program last month in which SINCW called for the public release of the security agreement and the termination of the signed security framework with China.

SINCW also thanked the chief of staff and his colleague from the Office of the Prime Minister and Cabinet for taking the time on May 3rd to engage with SINCW representatives concerning the talkback show.

However, SINCW said the comments made by the Members of Parliament in Parliament were made under the protection and privileges of the parliament and the session with the senior officials of OPMC did not address any of the concerns raised by SINCW and many concerned citizens of this country.

“Although the Prime Minister has repeatedly defended the said security pact to safeguard the people to do business here, no one can trust his words due to the fact that he is keeping this document as secret from his own responsible citizens.

“Safeguarding the people doing business here calls for transparency and good governance which are lacking in the present ruling government,” the statement said.

“…it is wrong of you to make such comments under the protection and privileges of the parliament. You could have come down to the women and explain to them in person or with security provided to you by China if you consider women to be dangerous.

“You did not address the issues raised and we the women are ready and willing to meet with you or have a public debate with you about the security agreement,” the statement said.

It thanked the Members of Parliament for listening to their voices on the issue of the security agreement.

“The women have spoken, and you have listened, sadly, you have not provided any convincing arguments nor address the issues raised.

“The prolonged secrecy on the signed pact continues to raise more questions and it is concerning,” SINCW said.