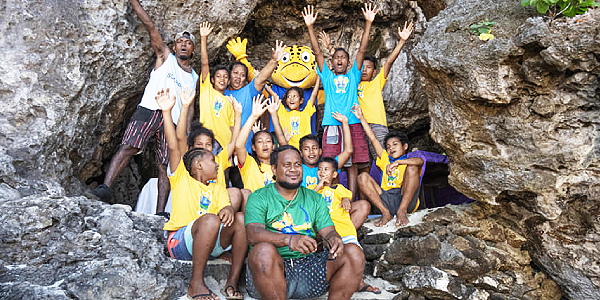 SOLO the turtle mascot for the 2023 Pacific Games continues its tour to all provinces.

His most recent tour was in Rennell Bellona Province where Solo and the team spent a week visiting both Islands.

Community Engagement and Special Events Coordinator for the Pacific Games 2023 Jacqueline Igi revealed the next tour will be in Choiseul Province followed by Vela La Vela in the Western Province.

“We have visited Isabel, Guadalcanal, Russel Islands and the Shortland Islands.

“People from the provinces we visited welcome Solo and the team.

“They are happy to meet Solo the Mascot and learn that they will be part of the Games despite being in the provinces during the Games,” she said.

Solo the Mascot is the country’s uniting factor, a source of pride for the people and the country.

It will bring and welcome the athletes, officials, visitors from the region and globally for two weeks of Games next year.