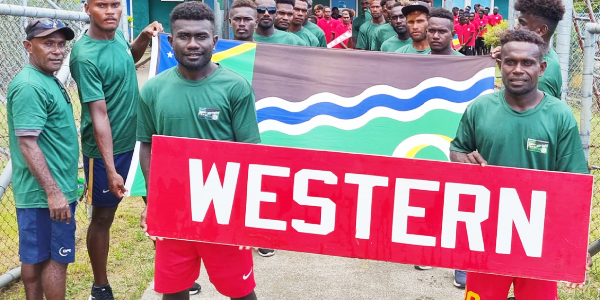 THE 2022 Solomon Cup tournament was officially open yesterday at the Lawson Tama Stadium.

The official opening was marked with a uniform parade by all 10 participating provincial teams.

Both the major sponsor, Solomon Breweries Limited and the Solomon Islands Football Federation (SIFF) welcomed all the teams and wished them the best in the tournament.

The tournament starts today with the first two matches.

Guadalcanal Hornets and Central Islands at 1pm and Isabel Frigates will take on the defending champions Western Tomoko at 4pm.

Matches will continue tomorrow with Makira Ulawa and Choiseul kicking off the day’s football action and Temotu Arrow will take on host Honiara for the weekend’s final match.

Matches will then continue throughout the whole of next week with two matches each day at 1pm and 4pm respectively.

The 10 participating teams are grouped into two groups, group A and group B.