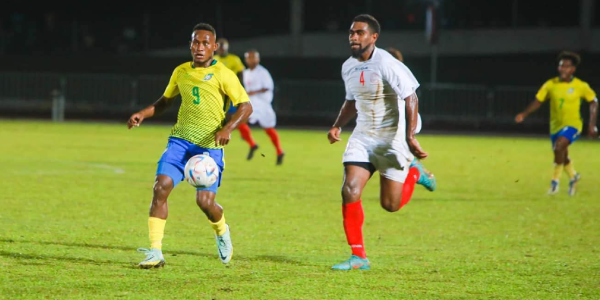 The one goal win was enough for Coach Felipe Arango’s men to secure the first three points despite having had early scoring chances.

“Now we will make sure the boys recover well for the next game.

“Thank everyone in Vanuatu and back home for their support,” Felipe said in his post match interview.

New Caledonia knew a loss would cost them the chance of advancing further to the top four playoffs, as they kept sending a series of long range shots which was causing problems for Solomon Islands.

The Solomon Islands defense however was impressive in maintaining a strong stand to deny the New Caledonians any goals.

New Caledonia now exits the competition as Solomon Islands qualifies for the semi finals and prepares for their final group match against Fiji on Saturday.