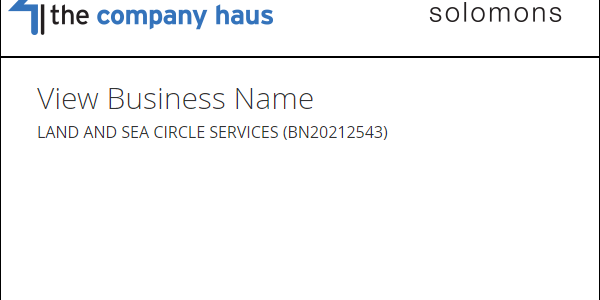 Is Land and Sea Circle Services a front?

AN investigation into Land and Sea Circle Services – the dive company contracted by South Pacific Oil Ltd to ensure overseas tankers discharging fuel and liquidified gas do so safely in Honiara – suggests the company is potentially a front.

Panaki Walter, also known as Roto, jointly runs the company with a Panaki Irish. Walter Roto is an employee of the South Pacific Oil, whose Board is believed to have approved the setting up of Land and Sea Circle Services.

The company’s alleged neglect of maintenance of the undersea or submerged fuel pipeline at Point Cruz is now raising alarm over safety issues, with commercial dive experts warning Honiara is living on borrowed time.

The pipeline carries hundreds of thousands of litres of fuel and liquidified gas from overseas tankers moored in the harbour to SP Oil Ltd’s main Fuel Terminal at Point Cruz. It was last repaired in 2015 when it burst.

One of the requirements is that the company is to provide regular reports on the status of the submerged pipeline as well as the three moorings or buoys in the sea off the main Market.

The experts warned that the pipeline could burst, leaking hundreds of thousands of litres of fuel into the sea, causing monumental environmental damage. Worse, the liquidified gas which is lighter than petrol and therefore floats on the surface could catch fire.

That will be the end of the Point Cruz area, they said.

Hyundai Mall is reportedly paid $150, 000 for allowing the pipeline to come through its main car park. Experts are warning that the area should be concreted so that it is not too exposed as it is now.

How Land and Sea Circle Services got the contract in the first place is turning heads.

First of all, the company has no fixed address except the number 656 as its Post Office Box Number in Honiara. It was registered on 30 April 2013, according to Company Haus Business Name Extract.

Its primary business activity is listed as Professional and Other Services. The company was removed from the register [de-registered] on 2nd May 2019. It remains unregistered, according to Company Haus records.

At least four fuel and oil tankers servicing SP Oil Ltd arrive in Honiara a month. One is due later this month.

“We do not believe he even paid the $5 million insurance to qualify him for the contract, unless it is an inside job to award it to him.

“The insurance is a pre-requisite requirement to tender for the contract,” commercial dive experts said.

“In that regard, the company is potentially a front but for whom?

“We do not even believe the company is paying statutory charges such as company and PAYE taxes at all over these years,” they said.

“The question is whether the Board of SP Oil Ltd is aware of what is going on. They (Board Members) must know because after all Land and Sea Circle Services has been operating for years within SP Oil Ltd – a company the Solomon Islands National Provident Fund has equity in.

“Someone is making tons of money on the sideline from this dive contract. They are getting double pay from the dive contract as well as from the hefty salaries that SP Oil Ltd pays its employees,” they said.

It is unclear whether Mr. Roto has been complying with regulatory requirement in providing reports on a regular basis on the status of the undersea fuel pipeline and the three buoys overseas tanker use as moorings when they are in port.

Copies of such reports should be given to the Harbour Master who has jurisdiction over the entire Point Cruz harbour as well as the newly established Solomon Islands Maritime Authority (SIMA).

“The first person who will be asked in the event of a major disaster is the Harbour Master. Why did you allow overseas tankers to come into port when you know it is not safe,” the commercial divers pointed out.

“The second group to be squeezed will be the Solomon Islands Maritime Authority (SIMA) to see if it was aware of the looming disaster and what action, if any, it had taken.”

Harbour Master Percy Biliki told Solomon Star last Friday he could not recall having seen a report from SP Oil since he took up his pot.

“I will have to check. I will call you back,” Capt Biliki said. He never called back.

Solomon Star also called and emailed SIMA on Friday. The phone rang out. There was no response to our email.