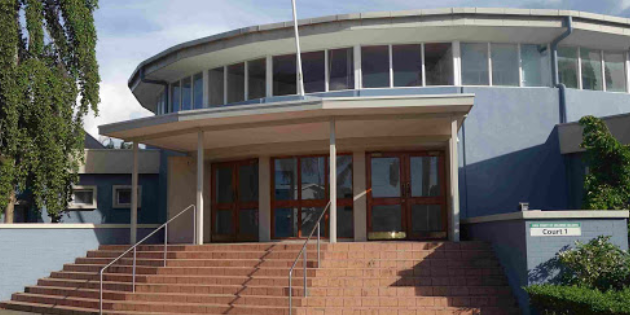 SIBA; stop the criticisms against the judiciary

THE Solomon Islands Bar Association (SIBA), which represents the interests of practicing lawyers, has expressed extremely concern about the media’s criticisms of the Chief Justice and Registrar of High Court.

This follows reported published in this paper under the headline; “The Olssons doomed with H/Court officials” published under the hand of Alfred Sasako on Friday 17 September 2021.

In a statement SIBA said one of the roles of SIBA is to defend the integrity of the independence of judicial officers and the courts.  Members of the judiciary have taken an oath to do justice without fear or favour.

“Most importantly, they cannot publicly defend themselves. Litigants, the public and particularly journalists have a duty to fairly scrutinise all branches of government, including the performance of judicial functions, but they should never permit themselves to descend to baseless personal attacks on individual judges, or other court officials who cannot speak publicly in their own defence, for the sake of sensationalist headlines.

“As with many other similar condemnations published previously by Mr Sasako, SIBA sees this recent media criticism by the Australian couple Fred and Gloria Olsson, Mr William Gua and Mr Sasako as an attack on both the integrity and character of the Chief Justice, the Registrar of High Court and on the independence of the judiciary again.

“The media allegations are scandalous and malicious and must be stopped immediately,” the statement said.

“The ongoing attack on the Chief Justice, Registrar and judiciary are completely unacceptable.

“The court proceedings from which the Olssons disappointment arose is now sub judice which means that a particular case or matter is under being considered by a judge or court.

“Therefore, this ongoing media campaign or attempts to try cases in the media should be stopped.

“The continuing discussion of the controversy would serve to lower public perceptions as to the dignity of the court, the judiciary, or the judicial system,” the statement said.

It further added, Chief Justice, Sir Albert Palmer CBE has held the position of Chief Justice of Solomon Islands since 2003.

“His remarkable and long career as a judicial officer of the court has been characterised by his commitment, skill and integrity. His commitment to the administration of justice is immeasurable.

“Likewise, our judiciary has a longstanding reputation for independence and impartiality,” the statement said.

SIBA added it sees these criticisms as a disappointing lack of understanding of the role of the Court and the processes involved.

“SIBA requests that the Olssons, Mr Gua or Mr Sasako, to seek legal advice for guidance if they are not satisfied with any decision made by the Court, or if they have any queries about court processes, rather than venting their frustrating in the media,” the statement.

SIBA further urges the Olssons, Gua and Sasako to refrain from making unwarranted attacks on the Chief Justice, Registrar of the High Court and other court officials in general.

SIBA stressed it has made similar responses in the past regarding this issue but these appear to have been met with ignorance.

In response, Alfred Sasako said SIBA’s personal attack on his persona and work is a reflection of the incredible ignorance that the Association harbours in regards to the work of journalists and the media in general.

“Journalists report views convey to them. We don’t make news, we report them. If this simple fact cannot be understood by some lawyers then may God help this country?

“In terms of the Olssons’ case, the fact of the matter is that their case has been conclusively dealt with by the Court of Appeal – the highest court in the land.

“The fact of the matter is the High Court has no jurisdiction to do so. SIBA knows it, judges of the High Court know it and lawyers, plasticising or not, know it. Finito,” Sasako said.

“Solomon Star is reporting this case because as all the facts stand, there is no case before the court. The Court of Appeal concluded the witch hunt in this case when it duly ruled in favour of Mr. and Mrs. Olssons in 2018,” Sasako said.

“It should have been the end of the matter until High Court Judge John Keniapisia accepted an appeal by businesswoman Pamela Kimberly on 8 October 2018.

“He ruled on the matter the next day denying the execution of orders by the Court of Appeal in favor of the Olssons.

“One wonders why the High Court is so quick in convening hearings for some when it does not apply the same rule to others, including the Olssons who have repeatedly applied for the certificate of urgency for their matter to be heard without response either by the Court or SIBA?

“Is that what SIBA is all about – providing justice which favors others but disregarding the plight of others?” Mr Sasako question in his concluding remarks.