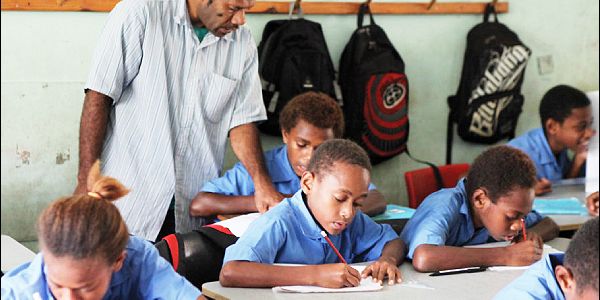 If anyone has harbored doubt about the impact of Adventist teachers in Adventist schools on the mission of the Seventh-day Adventist Church, a major study conducted by Avondale University in Cooranbong, New South Wales, Australia, should bring confidence to the membership.

Avondale University was asked to do the worldwide study by the Office of Archives, Statistics and Research at the General Conference of Seventh-day Adventists, which also funded the project.

Under the leadership of Rob McIver, the Avondale team has so far surveyed North America, South America, Australia, Solomon Islands, and parts of northern and southeastern Europe in the Trans-European Division.

This represents 70 percent of the total available participants.

The survey sought to find out what teachers believed should be the priorities of Adventist schools and asked them about their own spiritual practices such as prayer, Bible study, faith-sharing, and meditation.

It also asked questions to discover teachers’ understanding of salvation, the Scriptures, last-day events, and the creation story.

It was also designed to find out teachers’ relationship to each of the 28 Fundamental Beliefs of the Seventh-day Adventist Church.

While many significant outcomes have come from the analysis of the data, the SPD membership should be heartened to know that for both Solomon Islands teachers and Australian teachers, there was little difference between how they perceived the mission of the school and the mission of the church.

For the mission of the schools, the most frequent responses were to share the good news, lead others to Christ, and prepare for eternity. The same teachers saw the mission of the church to be sharing the gospel, leading people to Jesus, preparing for the future, and teaching biblical truth.

Among the religious activities reported by the teachers, 98 percent of the participants said they had made a personal commitment to Jesus that was still important in their lives, and more than 90 percent strongly agreed that they expect Jesus to return to earth a second time. Other responses that resulted in more than 80 percent agreement from teachers in both countries were that they had a very strong commitment to the local and world Adventist Church, that they firmly believe in a personal God who seeks a relationship with human beings, that they have received a definite answer to a specific prayer request, that the Bible is the work of people who were inspired by God and who expressed their message in terms of their own place and time, and that they serve the mission of the church through their work as teachers.

The study found a very strong connection of teachers to the 28 Fundamental Beliefs of the church.

In fact, more than 90 percent of teachers in both countries fully subscribe to the beliefs of the Trinity, creation, the nature of man and state of the dead, the great controversy between Christ and Satan, the resurrection of Jesus, the experience of salvation, the gift of prophecy, the Sabbath as the seventh day, the second coming of Christ, the millennium and the new earth.

Most of the remaining fundamental beliefs had at least 80 percent of teachers in agreement.

Out of a possible 15 aims of Australian Adventist schools, the top three in the eyes of Australian teachers were physical, psychological, social, and spiritual wellbeing of students; high-quality education; and the creation of an environment where students are more likely to accept Jesus.

Solomon Islands teachers also selected the aim of creating an environment where students are more likely to accept Jesus, but their other two were to create a Christian environment in which to work, and to put into practice the teachings of the Seventh-day Adventist Church.

It is significant that despite the different cultures and the slightly different ideas of what should be the main aims of Adventist schools, the Australian and Solomon Islands teachers agreed on what the least important aims for Adventist schools should be.

Being competitive in the sector and making money to support activities of the Seventh-day Adventist Church were ranked last for both groups of teachers.

So far, the outcomes presented here are barely “scratching the surface” of what researchers discovered in the South Pacific part of this study. The book contains other themes, including the rich history of Adventist education in both countries.

The SPD membership should feel proud and blessed as they continue to see reports on the continued growth of student numbers in that part of the world, where each enrollment is another child of God who spends time each day with teachers who we can now say conclusively are aligned with the mission of the church.

As also revealed in the study, though this part of the world is a long way from the beginnings of Adventism, Ellen White saw it as a mission field and spent nine years of her life impacting the work of Adventist education in Australia.

Another theme in this study was the impact of government funding on Adventist schools in both countries. Though plenty of robust discussion has taken place about the possible issues in accepting money from the government to support Adventist schools, the result has seen our schools opening up to students of other faiths or no faith. Our schools have flourished and have become true centers of evangelism to students and their families.

Adventist teachers in the Solomon Islands are also paid by the government. While the negotiating time for this took longer, it was a smooth transition and has not been detrimental to the central mission of Adventist education.

No longer do administrators or casual observers need to hypothesize or assume what the nature of Adventist teachers’ commitment to mission looks like. The answers come from the teachers themselves, and the data indicate conclusively the strong commitment Adventist teachers have to the mission of the Seventh-day Adventist Church.

NOTE: The original version of this story was posted by Adventist Record.