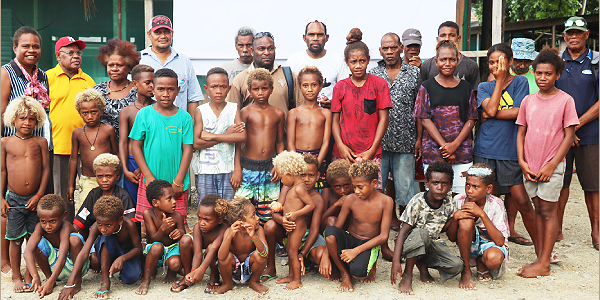 TEMOTUANS who are residing in Honiara are appealing to their Members of Parliament (MPs) to reconsider their present position with the Sogavare-led Democratic Coalition Government for Advancement (DCGA).

Following the violence that took place in Honiara last week, community leaders and elders of Temotu from the constituencies of Nende, Pele, and Vatud in Honiara convened an urgent general meeting on the 30th of November 2021.

In a letter sighted by this paper, the purpose of the meeting is to hear the concerns of the community leaders and elders and make resolutions to take appropriate action to discourage Temotu people from participating in or contributing to the violence, collateral damages and looting stirred up by and flowing from the violence.

During the meeting they resolved to take following action;

Firstly, (1) Activate existing community measures intended to encourage people of Temotu residing in Honiara, including the outskirts of Honiara within the Guadalcanal Province boundary, to humble themselves and discourage, or encourage them to refrain, from participating in or contributing to the violence and looting following the violent events that occurred, and (2) Inform them of the serious consequences of ignoring the measures or being caught by the Police.

Secondly, they agreed that a letter of Appeal in Good Faith be addressed to their honourable members of Parliament, conveying expression of serious concerns of the people and encourage them (MPs) to make decisions with consideration and tact for the common good of the people.

The committee said they know that their MPs are aware or at least have some knowledge that the unfortunate violence that occurred in Honiara, and this was the outcome or culmination of notorious failure of the previous Governments and the Government of the day.

That is to seriously consider and address grievances or long outstanding issues and demands of people, particularly, of Malaita and Guadalcanal province.

They said the “failure of the Government to seriously consider participation of ordinary people who they represent in Parliament in their political intentions, decisions, actions and inactions and procrastinations also contributed to existing grievances of not only Malaita and Guadalcanal people, but us, your people of Temotu Nende, Pele, and Vatud Constituencies or Temotu Province.

“As a result, it led to the switching of SI foreign relations from Taiwan (ROC) to China (PRC), and also the Government intention to extend the life of Parliament from four years to five years.

“Looking on that, as community leaders and elders we feel and do believe that the Government, who seriously supposed to be the “Government of the People, By the People and For the People”, have not consulted the people enough or apparently failed not only Malaita and Guadalcanal people, but Temotu people as well.

They believe that being elected and mandated (in the process of the NGE) by the people, you are obliged to hear your people and consider their concerns and fears and listen to what they are saying or have to say on matters that will affect them and their future generation socially, economically and politically.

Therefore, they humbly urge their MP to withdraw his support and resign from Our Party or the Sogavare led Government.