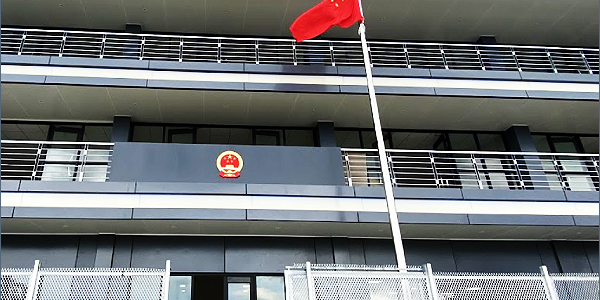 The Embassy of the People’s Republic of China strongly condemns the recent riot in Honiara, which left China Town and Chinese-owned shops among other areas in ruins, resulting in huge property loss and social panic.

Hundreds of Chinese families including elders, kids and women were driven homeless and displaced in distress, it said in a statement issued over the weekend.

“There is no any excuse to justify the blatant damage to properties and lives.”

The Chinese Embassy extended its sincere sympathies to Chinese community members who were hit hard by looting and destruction.

“We are trying the best to provide assistance. The first dispatch of support for homeless Chinese families will arrive shortly,” the statement said.

The Embassy said the Chinese community is member of the family of Solomon Islands.

“Since early last century, Chinese people have travelled through vast oceans to Solomon Islands and made long-standing contributions to local development. Their contributions should be remembered and appreciated, not victimized.

“Chinese community remains united as always and help each other. Some risked their lives to rescue threatened people in burning houses at Chinatown. Some offered shelter to displaced Chinese families,” it said.

“Your timely assistance and response show again the Chinese tradition of helping each other in difficult times.

“The friendship between the people of China and Solomon Islands can be traced back long time ago. And since the establishment of diplomatic relations between our two countries in 2019, our cooperation has achieved more fruitful and tangible outcomes and benefits the people of Solomon Islands in many ways. Any attempt to sabotage the relationship is doomed to failure,” the statement said.

“The Chinese government and Chinese people firmly support the effort of the government of Solomon Islands and people to restore social order and stability and economic recovery.

“Dark clouds cannot block the sun. Our hearts stay with those seriously affected families in the riot, and wish peace and stability everlasting in the beloved country of Solomon Islands.”