The turtle’s name is Solo 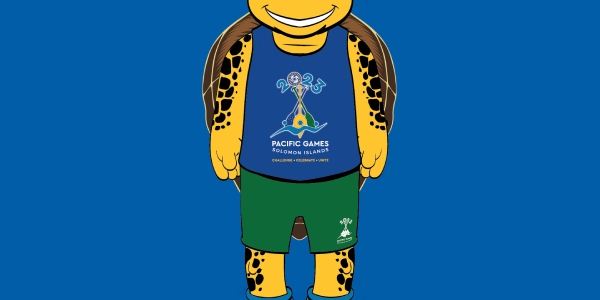 THE name of the 2023 Pacific Games mascot is Solo.

This was announced by Prime Minister Manasseh Sogavare during the inauguration ceremony to name the country’s official Pacific Games 2023 mascot on Wednesday night.

In his nationwide address on Friday, Mr Sogavare said the name of the mascot is simply Solo.

He said this name adds to the simplicity of the country’s theme for the 2023 Pacific Games which is “Challenge, Celebrate, Unite”.

Meanwhile, the Prime Minister said the country’s preparation for the 2023 Pacific Games in November next year continues to achieve its milestone.

He said in terms of the facilities the government anticipated the handing over of the Friendship Futsal Multipurpose Hall from the Government of Indonesia next month.

“We are hoping we are able to witness a friendly futsal match between Solomon Islands and Indonesia as part of the handing over ceremony.

“We will keep you updated on the handing over event,” Mr Sogavare said.