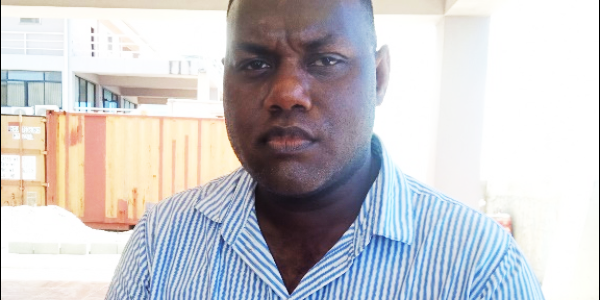 HONIARA City Councilor, Reginald Ngati has called on the government to use the technical knowledge of advisors within its line ministries and stakeholders to look at ways to administer the events for next year.

This is regarding the National General Election and the Pacific Games and how they can be administered with the limited resources that are available as currently experienced.

Cr Ngati said he is saying this because Politics and Administration work together for effective governance as they perform distinct roles.

But it seems that the people are hearing too much information from the political governance, in this case the ruling DCGA government, while the government administrators are silent.

“Obviously, the interest of the political governance is to try not to suppress the country’s challenges with the economy right now based on the extension of the life of parliament from 2023 to 2024,” Cr Ngati said.

Therefore, he is calling on the government to try and give the opportunity to the government administrators for advises on possible ways to host both the national general election and Pacific Games in 2023.

A cost cutting measure on essential and non-essential government services is one option, the Honiara City’s Vura Ward Councilor suggested.

“For example, the health services, as well as agriculture, logging, fisheries, and revenue earning sectors will remain operations in full strength, while other non-essential services are reduced.

“This is very important so that we can save the much needed resources to tackle the two events, elections and Pacific Games next year,” he said.

As both events are people related, he suggested that it’s also justifiable for the government to slash the 2023 budget for Ministry of Rural Development (MRD) and save it for the two upcoming events.

Administratively speaking, Cr Ngati is of the view that the government administrators can still think about this, if the political governance give them the opportunity to do so.

“I want to see the political governance give these administrators the opportunity to sit and discuss these issues and relook at it, so that next year’s budget is digressed.

“In doing so, we can be able to deal with the challenges without suspending the national general elections for the Pacific Games.

“It’s just about balancing things technically by how we are using our resources administratively, when dealing with both events for next year,” Ngati stated.

He said this could be a way forward to see if the government is able to exhaust the collective brains available in running this nation, after 44 years of Independence.