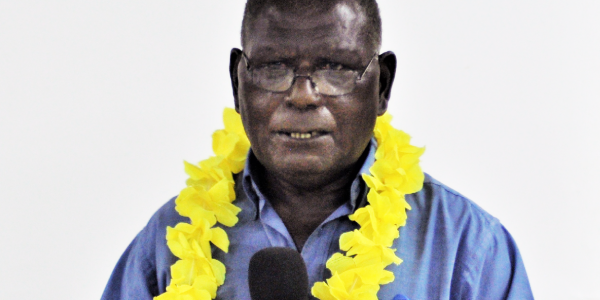 He highlighted, there was no explanation on the exclusion of TVET in the new Educational Bill when speaking at the launch of the SIAVRTC upskills training at Don Bosco Technical Institute.

“Last year when I glanced through the new Education Bills, I never saw TVET or even SIAVRTC mentioned in the new bill.

“Yet SIAVRTC was the information the Solomon Islands Tertiary Education and Skills Authority (SITESA) was formulated from,” he said.

He added TVET has contributed a lot in education development yet their name was not mentioned in the new bill.

He said when SIAVRTC was started it was not known by the World, not even the British Government, it was only the vision of the churches to build RTC schools in rural places.

However, its contribution to services and development in the country is massive.

“Clergies, pastors and missionaries are the founders of RTCs, not the academy,” he said.

“When our national leaders came to join the opening of RTCs opening and closing, they said TVET is the way forward to develop Solomon Islands but the Ministry of Education TVET was dissolved for whatever reason,” he said.

Acting New Zealand Commissioner Her Excellency Ms. Kate Bradlow More said broadly, we believe that TVET and RTCs are an essential and valuable part of the education system and a vehicle for building a more inclusive and prosperous society and economy.

The new education bill is not representative because it is not including TVET and RTC.