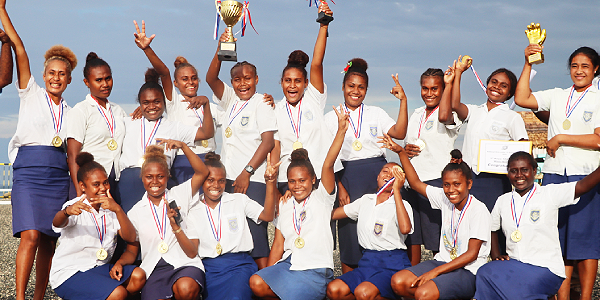 Second prize award of silver medals and $8 000 was awarded to Marara School, Panatina High School with bronze medals and $6 000 for the third prize and Lunga Community High School fourth with $4 000.

Director of Sports of the Ministry of Home Affairs Selison Gwally thanked all the winning teams and teachers for a job well done.

He also extended his acknowledgement to SIFF and all stakeholders who have worked together to make the league a success.