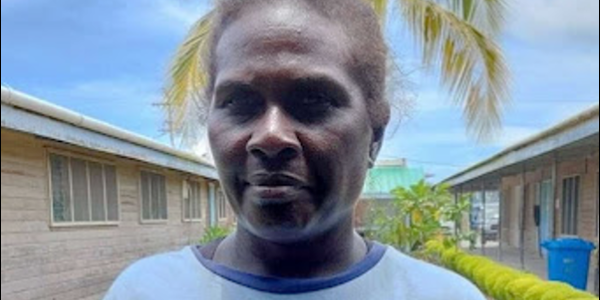 THE mother of one of the two fishermen from Buin, Bougainville who was allegedly beaten up by Border Police officers in Solomon Islands at the PNG-SI border has decided to speak out about the assault incident, early this month.

The mother went on to clarify that the incident happened on February 5th and not February 9th as earlier reported.

The mother of 3 boys, in an exclusive interview, said her son Tauku was beaten up while fishing with cousin Watson Leo on the PNG-SI border.

She said her son Tauku who attended Ughele Secondary School in Marovo, New Georgia, identified one of the policemen as being from Malaita.

Mrs Tobaea expressed disappointment that Commissioner Mangau has downplayed the incident by saying there was no such incident.

In fact, a Police statement from the Commissioner said in a report from Forward Commander (FC) Kulitanai Police Station on 8, 9, and 10 of February 2022, there was no report of officers confronting the two fishermen.

But the mother was firm that the incident happened on 5th February instead.

She said “The police commissioner did not see the blood, I saw the blood, it was in my boat and it was on my son.”

The blogger said a follow up email was sent to the RSIPF Media team yesterday, and they responded by saying Commissioner Mangau will respond to the incident claims.

Both men were allegedly set upon by Solomon Islands border patrol officers while fishing between Taurato (PNG) and Ilina Islands (Solomon Islands).

Currently Mrs Tobaea is in Buka to pay school fees for her sons attending Hutjena and Devare high schools.

“My son Tauku is part Malaita and part Buin. He went to school in Marovo, New Georgia and he recognised one of the policeman who is from Malaita.

“There were 5 police, 3 were wearing SI police uniforms, and 2 were in civilian. They were carrying guns. The boat was flying a Solomon Islands flag.

“My son told me that the police accused them of spreading covid. How can that be when they were in the middle of the ocean?

“I demand that Solomon Islands police commissioner apologize to my two boys and people of Buin.

“We have traditional border crossing rights. Even Solomon women come every Thursday to sell their market food at Buin market. We don’t treat them harshly; we look after them.

“What the SI police did to my two boys is violation of their rights.”

Buin police station commander John Popui confirmed that CID has completed interviewing Tauku and Watson and will forward the report to the Bougainville Police Service Commissioner to raise the issue at ABG level and further onto the PNG Government to raise with the Solomon Government.