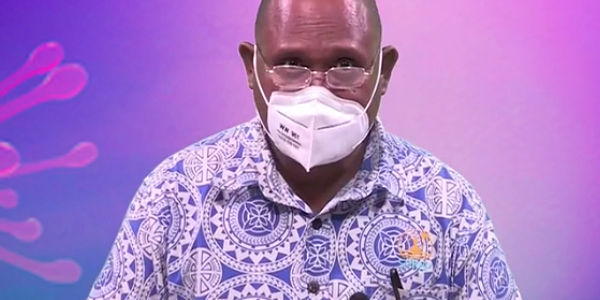 Minister for Health and Medical Services Dr Culwick Togamana has announced the decline of the Viral Respiratory Illness throughout Honiara and the provinces.

He made the announcement in Parliament in response to a question from Opposition Leader Mathew Wale regarding the status of the Viral Respiratory Illness as there are people still experience flu-like illness in the country.

He said the current out break of the Viral Respiratory Illness is low in the country.

He further stated, the test that have been carried out to patients who have been infected from the current Viral infection were also tested negative for Covid-19.

He said currently there is no Covid-19 patient in the National Referral Hospital or even in our provinces.

However, he said this viral infection is still present in the country, and it is an outbreak that we need to manage it.

The outbreak of the Viral Respiratory Illness has hit the country in July this year.

The minister said during the week of 25th-30th July the National Health Surveillance Unit had picked up an increased number of Influenza or flu like illness in Honiara and Malaita province.

He said within this period the total flu like illness recorded in the province was 234.

On the period from 1st-7th August the number of cases increased from 234 to 803 which is an increase of 243 percent.

According to past records provided by the Minister, Atoifi hospital recorded an increase of 223 percent while Auki clinic recorded 363 percent.

In Honiara, the National Referral Hospital recorded an increase of 264 percent while Kukum clinic record 113 percent and Rove clinic 387 percent.

In terms of admission at our NRH emergency department in the past 24 hours, 72 percent of the total emergency admissions are respiratory patients of which 68 were adults and 26 were children.

He said initially most of the cases presenting to health facilities were babies and children.