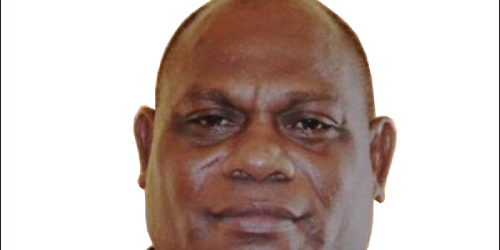 THE Government has suffered a major setback in its Constituency Awareness Program to get rural voters to support the proposed extension of the parliamentary term by another 12 months.

East Kwaio MP and Minister for Environment Stanley Festus Sofu MP is the first casualty. The people of East Kwaio yesterday forced Hon Sofu to cancel his flight to Atoifi where he planned to tell voters about why the Government wants to extend the life of the 11th Parliament by 12 months.

“Hon Sofu is not welcomed here. There is nothing we have not heard. We heard everything and we are not interested,” voters said.

The Government has produced a comprehensive dossier called DCGA CONSTITUENCY AWARENESS INFORMATION PACK 2022. Much of the 19-page document is filled with deception and misinformation, capitalizing on the ignorance of rural voters.

The move by the East Kwaio voters is certain to send a ripple through other Constituencies that see no reason for an extension. It could signal the end of Malaitan MPs, particularly the seven MPs in the DCGA ruling coalition, remaining in politics.

“This is going to be a political suicide for Malaitan MPs in Government,” one observer told Solomon Star last night.

The decision by the East Kwaio voters followed a similar decision taken by the Yuru House of Chiefs last week.

A community at Sinarangu south of Yuru told Solomon Star last night “there is no reason to extend the life of Parliament.

“Parliamentary terms are fixed in the Constitution and no one including the MPs have the right to extend the life of Parliament. These MPs are using the so-called awareness as fundraising for their own pockets because many of them have never toured their Constituencies during their parliamentary term, Chief Alfred Kwainga said.

Mr. Kwainga said the people of East Kwaio are looking forward to the national general election in 2023.

Sources said Government MPs including Ministers were paid $150, 000 each to conduct the awareness in their Constituencies. With 37 MPs in DCGA government, the total cost of the awareness is estimated at $5, 550,000 excluding printing costs.