Schools vax rollout to be costly 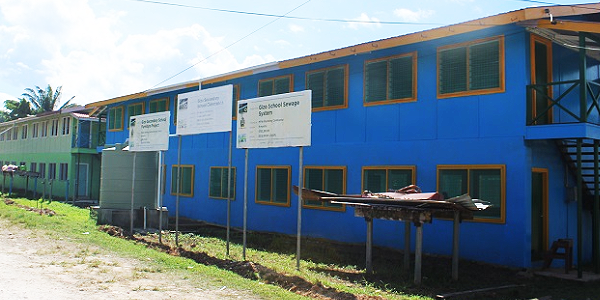 THE vaccination rollout for schools in Western Province is expected to incur huge cost given the geographical challenge.

That’s according to the Western Provincial Health Authorities during a meeting held last week in Gizo.

This comes after the Ministry of Education and Human Resource Development (MEHRD) has made exception for all students whether vaccinated or not to proceed with their registration and classes.

The Western Provincial Health Authority during the Provincial Disaster Committee (PDC) meeting last week highlighted that its going to cost the province money to conduct such rollout in schools.

Finance is a challenge currently facing the provincial health authority. Chief Education Officer Hopeful Piosasa of the Western Provincial Education Authority (WPEA) this week stated that the province is scattered and to conduct such rollout is going to be an expensive exercise.

He said, so far only 6 percent of students are being vaccinated which is still low.

According to the provincial health authorities only 46 percent of the province’s entire population had been vaccinated so far.

“This means 54 percent of the population did not get their vaccination including students,” he said.

“Therefore, to conduct a provincial wide vaccination coverage is going to be costly.

“Our provincial health capacity cannot cater for this requirement.

“Therefore, we need to be working closely with the government through the ministry of education and health to implement the rollout exercise,” he said.

He suggested the need to engage donor support for the rollout in schools.

Meanwhile, most secondary schools are likely to commence next week due to late arrival of teachers and school assessments.