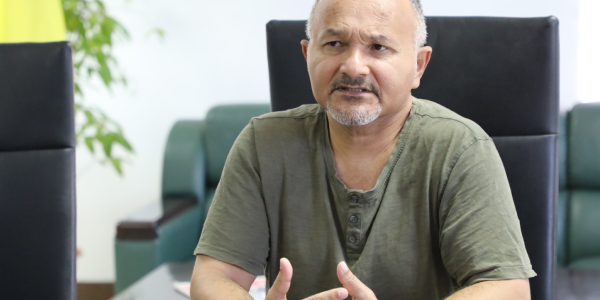 OPPOSITION Leader Hon Matthew Wale has called on the government to publish the independent report by KPMG NZ on the 161 Huawei towers project.

Hon Wale raised the concern following revelations that KPMG’s New Zealand branch was contracted to independently review a controversial telco overhaul, through which Beijing will loan around US$66 million (SBD $544.3 million) to the Solomon Islands for Huawei mobile towers.

The proposal also suggests a revenue-sharing model, with Huawei set to take home 50 per cent for the first 10 years of operation.

Opposition Leader Hon Wale has raised the alarm describing it as nonsense calling on the government to explain how this is expected to bring in revenue to the country.

“The government needs to publish the independent report by the KPMG NZ as it is in the best interest of the people of this country as it also raises serious questions about the project’s viability,” he said.

Hon Wale said if KPMG has casted doubt on the viability of the project then the government must also explain what has changed to make it viable.

“Additionally, 50% revenue to Huawei over 10 years for what? They’re being paid from loan proceeds. And in the next 10 years the towers will become obsolete technology. But Solomon Islands will still be paying off the loan. This makes no commercial sense. Furthermore, towers for 3G & 4G are already out of date by 10 years since the rest of the world are now moving into 5G,” he said.

The Opposition Leader said this loan will burden Solomon Islands for 20 years with a technology that will be 30 years outdated by the time the loan is paid off.

“Government must scrap this loan deal because it makes no sense and smells fishy,” he said.

Hon Wale said his office is also informed that as part of the deal, the maintenance of the towers would be done by Solomon Telekom.

“This is ridiculous. Telekom is even struggling to maintain its existing towers and an additional 161 more towers is impractical,” he said.

Hon Wale also raised concerns over the lack of a thorough feasibility study to determine the location of the towers and whether or not it would make financial returns as the government is misleading people to believe.

Meanwhile, the Opposition Leader said the government also needs to be consistent with the number of towers to be built around the country.