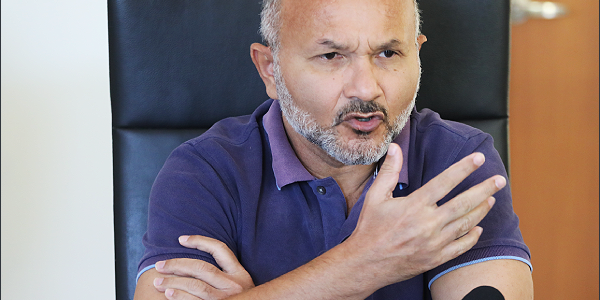 THE Office of the Opposition Leader has questioned the involvement of public officers in defending the government.

Speaking during a press conference, Leader of the Opposition Mathew Wale said he had heard comments coming back from the government but unfortunately from the Attorney General and the Special Secretary to the Prime Minister.

“It really would be good to have a debate with the Prime Minister on Media before parliament on this issue.

He noted that Special Secretary to the Prime Minister, Albert Kabui said the government has no need to consult with the people and that really it seems to be the statement policy for this government.

“But again, you know it will be really good to have an open debate with the Prime Minister on these issues to really explore all the options that in front of the government if they think the Pacific Games (PGs) is priority and more important than the election, which is their current position the PGs is priority than the general election therefore we have amending constitution so that we can capable for the PGs that’s their position,” he said.

Member of the Opposition Peter Kenilorea Junior said officers of course by virtues of public service are not supposed to engage with the media and in that case, we have orders, and it seems we have given them cut lance by the elected leaders which really is not the process.