Wale reminds PM; not the time to brag about political strength 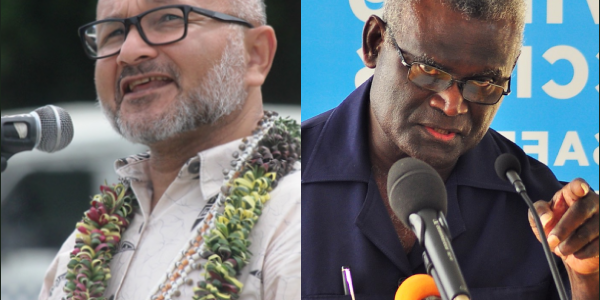 OPPOSITION Leader Hon Matthew Wale says the Prime Minister’s statement that the DCGA remains intact during this national crisis is a total ‘joke’.

Hon Wale was responding to a statement by the Prime Minister during his national address recently that the DCGA remains intact during these difficult times.

“What a joke. The Prime Minister and his government should be more concerned about addressing the COVID situation at NRH, the lack of oxygen for patients, health and relief supplies to the provinces, frontliners allowances, new burial site and most importantly the national response plan which he promised that Cabinet would discuss last week,” Hon Wale said.

The Opposition Leader said it is insensitive of the Prime Minister to try to show is political might when we are faced with a serious health and economic crisis.

“I am afraid but this is not the time to be telling people that the DCGA is intact. How insensitive can the Prime Minister to boast about his political might when people are suffering around the country,” he said.

Rather, Hon Wale said it is time for the Prime Minister to show leadership and start talking about what the Government will be doing to address the current situation.

“No one is interested to know whether the Government is intact or not. It would be more appropriate for the Government to confidently assure people in this country of its response plans going forward and that our COVID health services are also intact,” he said.