WALE: WHO AUTHORISED PRESTIGE 2 TO TRAVEL TO OJ? 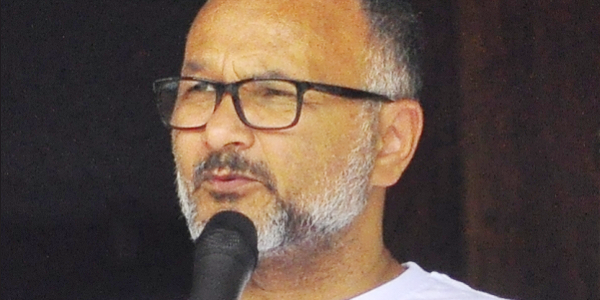 OPPOSITION Leader Hon Matthew Wale has probed the Office of the Prime Minister & Cabinet (OPMC) as to who authorised Solomon Prestige 2 to travel to Ontong Java.

In a statement today, Mr Wale said the Opposition Office understands that Solomon Prestige 2 travelled to Ontong Java last week under the radar for unknown reasons.

The Opposition Office also understands that Secretary to Prime Minister Dr Jimmy Rodgers and Police Commissioner Mostyn Mangau both confirmed in a talkback show on Sunday that Prestige 2 travelled to Ontong Java without any authorization.

“So the question is if the SPM and the Police Commissioner have confirmed that the ship was not exempted to travel to Ontong Java then who gave the authorization for it to travel?

“Obviously, the ship should have not travelled unless authorization came from someone in a much higher authority than the Police Commissioner’s Office,” Mr Wale said.

The Opposition Leader said reports that the ship was transporting cargoes for foreign bechedemer buyers in Ontong Java must also be thoroughly investigated.

Mr Wale said the Police Commissioner must urgently investigate this matter and prosecute those involved.

Prestige 2 was the same ship that the Prime Minister in one of his past nationwide addresses on January 18th 2022, stated that the government would be deploying 31 people comprising of 20 health personnel, six NDMO staff and five police officers.

It is also the same shipping vessel that the Prime Minister on Thursday 20th January 2022, chose not to reveal its name because 23 of its crew were tested positive for COVID.

The Solomon Prestige 2 is a makeshift fishing vessel owned by JQY.

“Something really fishy is going on and it stinks,” the Opposition Leader said.

Meanwhile, the Opposition Leader said his office is also aware that the Patrol Boat that travelled back from Ontong Java over the weekend also brought back the wrongly accused index case from PNG and his family, two police officers and five Asians.

Mr Wale urged the Police Commissioner’s Office and the Office of the Prime Minister & Cabinet to clarify who these five Asians are and who gave instructions for them to return on the Patrol Boat.

“It is sickening to note that whilst many of our stranded citizens are still struggling to return to Honiara and back to the provinces, these people are given the privilege to travel back on the patrol boat, a state asset.

“If Ontong Java is said to be the alleged source and hotspot of COVID, then why were these Asians not even quarantined upon arrival in Honiara?” Mr Wale questioned.

The Opposition Leader said it is highly questionable that these extremely suspicious events are happening and yet no one is taking responsibility for it.