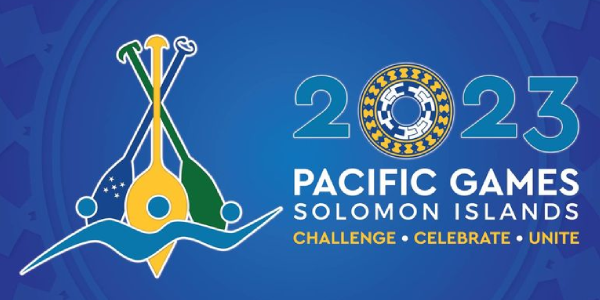 Government is concerned that the Leader of Opposition has gone overboard to scheme up a plan to stall the 2023 Pacific Games.

Government revealed that honorable Matthew Wale’s plan is detailed in a publication by THE STRATEGIST- an online website.

“The Leader of the Opposition went to the extent of suggesting to Australia and USA to influence other Pacific Countries not to participate in the 2023 Pacific Games,” the government stated.

Government is concerned that such a plan is designed to make Solomon Islanders suffer. To achieve what? Just to turn the public against the Prime Minister so that he can be Prime Minister.

“This is a one-man crusade for power. Unfortunately, he has cunningly used our innocent people to execute this evil plan of his,” the government stated in a media release.

“Wale’s plan shows his lack of humility and empathy for the suffering our people have already suffered because of his planned November Riots. He does not care if people go to prison, all he cares about is removing the Prime Minister so that he can be Prime Minister”, the government statement pointed out.

Government further revealed that Wale’s selfish plans include asking Australia to prevent Solomon Islanders from traveling to Australia via Brisbane.

“Wale further claimed that ministers in the government are not happy with the security pact with Peoples’ Republic of China (PRC) and claimed that this will be the cause of the downfall of the government. Wale seems to forget that the Cabinet endorsed this Security Agreement and it was not one that was entered into by the Prime Minister,” the government statement added.

“What is more alarming, Wale is using the ignorance of the majority of Solomon Islanders to claim that everyone is against the security pact with the PRC. Wale knows too well that the majority of Solomon Islanders are based in the rural areas, these are men and women who are concerned more about their day- today living than the political rhetoric in Honiara which Wale is huffing and puffing away with,” the government pointed out.

Government has made it clear that the security pact is to, amongst other things, protect and safeguard peace loving Solomon Islanders and their properties. It is to prevent what has happened in Myannmar from happening here in Solomon Islands.

“The Chinese built infrastructures are ours. Last Friday the training facility for our people and athletes was officially handed over to the Government and people of Solomon Islands,” the government said.

Government also highlighted that Wale’s continuous claim of an early warning he sounded to Australia’s embassy in Honiara is highly questionable as someone in the know claimed that the Australian ambassador never recalled having an audience with the Leader of Opposition in 2021 or thereabout.

Government has made it publicly that Australia remains the partner of choice in development needs of the country, and that sentiment will never change as long as the government is in power.

“We have escalated our engagement with our bilateral partners and they have responded, all with the aim of developing our beloved country. Sadly, Wale is only interested in being the Prime Minister and not development,” the government added.

Wale’s hunger for power is an open book. One has to go back to the election of the Prime Minister to the last motion of no- confidence to get to know the end-game that Wale has been aspiring for.

“Since his time as a Member of Parliament honorable Matthew Wale has been a minister only once and that was more than 10 years ago. His ambition to become Prime Minister has blinded him and he will go to the ends of the earth to achieve it, by using our unsuspecting people to do his dirty work,” the government concluded.