Warriors back at the top 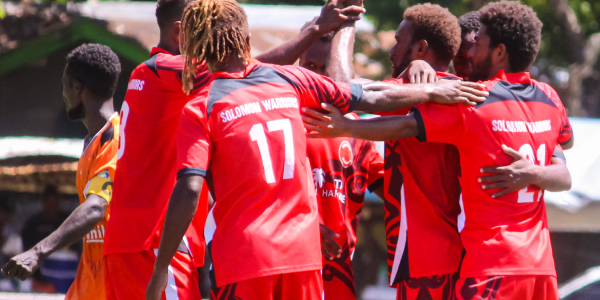 SOLOMON Warriors FC is back at the top of the Telekom S-league (TSL) table with 22 points after securing their seventh win of the season, defeating Southern United FC 5-3 at Lawson Tama Stadium, Sunday.

Warriors had to fight to get three points against a fast Southern United side.

Tigi Molea gave Warriors the lead five minutes from kick off, which was short lived as Southern United pounced back nine minutes later from Mike Foai’s goal to make it 1-1 at half time.

Tigi Molea again gave Warriors the lead 13 minutes into the second half and quickly extended for their third by Warriors U19 player Norman Winford.

The experienced Warriors side was not done as they kept mounting pressure on the United’s defense and their efforts paid off with two more goals, one from Winford for his second and the last minute goal by Jerry Donga.

KOSSA FC is back on second spot and Henderson Eels on third place, both also have 22 points.