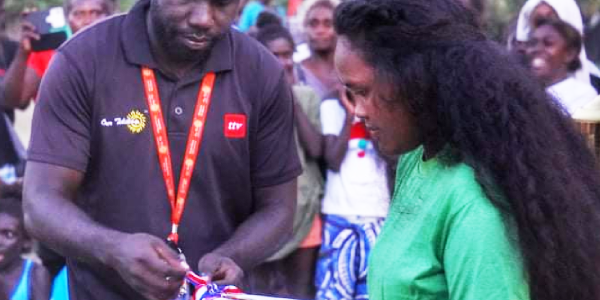 THE recently completed Western Province Inter-Island Champion had raked in more than $31, 000 in cash through gate takings during the two weeks competition at JFK stadium in Gizo, Western Province.

This was revealed by the Chairman of the Local Organising Committee (LOC) Kalwin Aquillah in an interview with Star Sports in Gizo this on Thursday.

The hard working chair said, the funds have been utilized to meet some of the expenses in running the competition and to support the preparation of Team Tomoko for the upcoming Solomon Cup.

“This money goes towards the tournament expenses and for Western Tomoko squad camp here at Gizo,” said Aquillah who is the Manager Our Telekom Western Region.

The chairman clarified that part of the money from gate fees went to settle most of the bills and expenses incurred following the successful competition.

After settling all the bills, the LOC executive handed over $18,000 to Western Tomoko team to prepare for the Solomon Cup.

Meanwhile, an official from Western Football Association (WFA) has acknowledged the leadership of Aquillah and his team for the job well done in raising such amount and hosting the championship successfully.

He said, in the past such gate takings were not as high as the latest competition.

The officer compared the gate taking in 2019 during a similar competition where only $5000 was generated from gate fees after two weeks of competition.

The next competition coming up in December is the women’s Western Cup.

Registration is $500 and all football zones within the province are being invited to participate.