WHO IN SINU IS PROTECTING FRANK LUI? 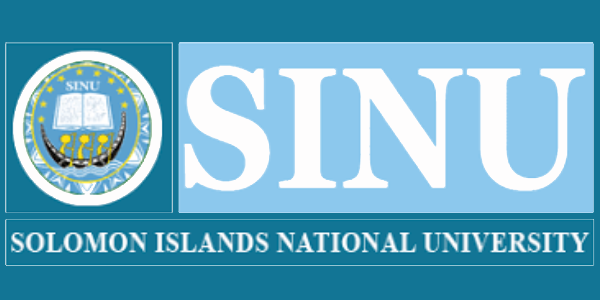 FRANK LUI – a staff member accused of obtaining hardware materials and charging them to the Solomon Islands National University (SINU) without authority is still with the University despite adverse findings against him.

Mr. Lui was then SINU’s Senior Technical Officer. He has since been promoted to acting director, according to SINU.

An internal investigation has found that Mr. Lui was obtaining hardware materials on credit under SINU’s Account and selling the materials off to at least one other staff member.

The investigation was triggered by a Mr. Rocky Wanefiolo, SINU’s Senior Security Officer.

SINU’s Finance Department received invoices totalling $558, 972.20 between June and August 2019. At the time, materials collected in September were yet to be billed to SINU.

According to the report, it all began when Mr. Lui met Ms Jessie Larui who, accompanied by her carpenter, at the Fangs hardware Ltd at Kukum on 4th September 2019.

Mr. Lui allegedly asked what Ms Larui, a staff of SINU’s School of Nursing, was doing at the hardware shop that morning. She told Mr. Lui that she was buying materials for a house she was building.

It was then that Mr. Lui allegedly suggested that he could get the materials on credit while she gave him the money. She did, according to the report.

“This was for the materials which (were) invoiced to SINU for $9, 880 dated 4th September 2019 – invoice No. 0014654. Ms Larui confirmed the materials in the invoice were what she purchased that day,” the report said.

But the confidential report produced by the Human Resources Department found Mr, Lui breached Chapter 10.1(a) of the SINU statute, specifically the staff code of conduct SB (14) on Ethnical decision-making.

Solomon Star has obtained a copy of the report which found that “on the balance of probabilities, there is sufficient evidence to support the allegations made against Mr, Lui.”

“The committee therefore recommend as follows:

Senior staff have been pushing for action but Solomon Star was told yesterday Mr. Lui is now the acting director of property.