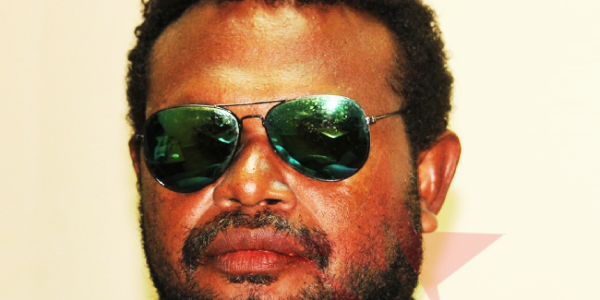 Atu: As long as PC Mangau takes directives from DCGA, I am not giving in

THE Malaita for Democracy (M4D) President Knoxly Atu says one of the reasons why he is not giving in to police for questioning is because the Police Commissioner takes directives from the current ruling DCGA government and is not being neutral.

Speaking exclusively to Solomon Star Auki, Mr Atu is of the view that he will not get proper and fair treatment by police because of the influence of the DCGA on Police Commissioner, Mostyn Mangau.

He was responding to a call by Mr Mangau, asking him to surrender to police for questioning, over his involvement in the November 2021 riots.

Atu went on to state that “it is no secret that the current DCGA government under the leadership of Prime Minister Manasseh Sogavare hates M4D.”

He said the closeness of the PM to the Police Commissioner is obvious.

“I will only give in for questioning until a neutral commissioner is in office.”

He said it has been three years since the story of the murder plot was exposed by ex-militants, but police did not show any interest in the case which involved the highest leader in the country.

The M4D President even questioned if the current Police Commissioner has two laws to serve; one for elected leaders and the other for ordinary citizens.

Regarding his involvement in what was supposed to be a peaceful protest in Honiara last year which turned out badly, Atu said he was there for the voice of 21,000 petitioners who signed a petition demanding him to meet and talk with the PM.

But the Police Commissioner refused to grant them their wish.

He said he was negotiating with senior police officers at the time when all of a sudden, police fired teargas causing the crowd to go mad and out of control.

“I did not escape from police at the scene, instead I was trying to work together with police at that very moment to try to calm the situation down,” Atu recalled.

He said using tear gas on Solomon Islanders has a bad record, where he said a vigilant police force should have known this from past experiences, that Solomon Islanders most times reacted and fought back when teargassed.

With that, he said police should blame themselves for not acting professionally to calm the crowd, instead they resorted to force to try to scare the public to calm them down, which is totally wrong.

He described the tactic used by police as pouring fuel on fire.

Atu further stated that he has no doubt that the directives to use force on protestors last year came from the current DCGA government.

The M4D President denied having any hands in the burning and looting in Honiara last year.

“The burning and looting was an unplanned event which was only triggered by police action of using force to disrupt what was supposed to be a peaceful protest,” he said.