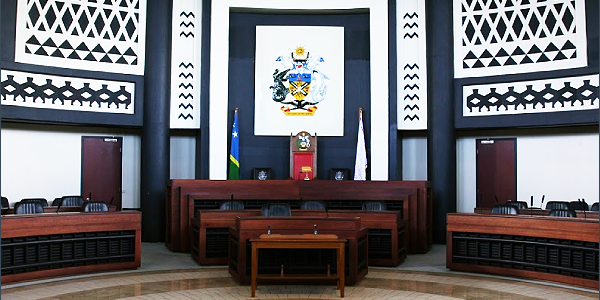 A GROUP of concerned mothers in Solomon Islands are calling on our Members of Parliament to exercise selflessness and be servants to people of Solomon Islands who they serve.

The group’s statement came in light of the motion of no confidence against Prime Minister Manasseh Sogavare which is expected to table before the National Parliament tomorrow (6th December 2021).

“Concerned mothers of Solomon Islands are pleading with all the leaders of the Government, the Opposition, and the Independent Members of Parliament to focus on God, the supreme leader above all leaders and the people of this country whose interests they must uphold; when debating and deciding on the motion of no confidence against the Solomon Islands Prime Minister on the floor of parliament tomorrow,” the statement said,

“This is a defining moment for our nation, a moment when leaders must now give importance to peace over power and spread peace where ever it is needed,” the concerned mothers said.

“This country cannot afford to see and experience violence after violence, whenever we see problems affecting us.

“However, we also believe we can grow strong and better from what has happened in the last few days.”

The concerned mothers said they have already begun praying and fasting for the will of God to be manifested in the outcome of tomorrow’s motion of no confidence.

They said although the crisis has brought in a lot of misgivings and even hatred, such an unfortunate situation should also be seen as an opportunity for this nation to rise beyond itself.

Therefore, they called on the Members of Parliament to exercise selflessness, by following Christ’s example of being servants to the people of Solomon Islands who they serve.

“Put aside greed and personal interests over the interests of the people of this nation,” the statement from the concerned mothers said.

They called on the MPs to love each other as commanded by God and to forgive those who hurt them and also urged them to make the necessary sacrifices for the Glory of God and His people.

“This is a nation on its knees; a people in crisis.

“We plead that you look through your people’s eyes to understand their pain and misgivings,” the statement said.

“Our esteemed Members of Parliament, if there is a moment when all hopes are pinned on you, it is now!”

Whatever the outcome of the motion of no confidence, the concerned mothers asked the government to provide a clear agenda to the people about its plans for moving forward so that all people can join hands to work in unity with their leaders to bring lasting peace and stability to this nation.

“Life takes on meaning when we are motivated and determined to see change together as a people,” the concerned mothers said.