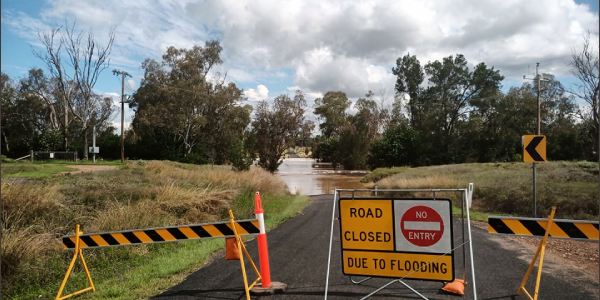 LOCAL Solomon Islanders are reported to be safe after the Inglewood floods, in Queensland, Australia, Tuesday last week.

It was a rising floodwater from the Macintyre River that forces a flood that has affected buildings, businesses, homes and streets.

The flood happened due to heavy-rain-down-pour as farms near Inglewood were affected by the flood.

It was believed that some local seasonal workers went to work in some of these farms.

A local Solomon Islander, Chris Kingsley who lives around Inglewood said during the flood the locals were safe.

“Local people here are safe during the flood. The flood has ended and we can do our normal work for the day,” he said.

“From where we live, the roads were covered by floodwaters.”

ABC reported that people have been evacuated from Queensland southern border town of Inglewood as rising floodwaters from Macintyre River inundated homes, businesses and streets.

The report added more than 800 residents have spent the night at evacuation points, including the local cemetery.

Authorities are monitoring rivers across Central and Southern Queensland, with major flood warnings in place for a number of districts.